Big Wind and Big Smiles in Miami
“We had an awesome breeze and flat water for this event in Miami, …there is such a great thrill factor for the reaching start and all mark roundings. These boats are so much fun and full on to race in those conditions!” says Sara Stone, crew of REV enjoying the conditions on Biscayne Bay with plenty of action in the fleet. Team Surge have for the last events been fighting a bit behind the top boats but are now back on the podium. “After a long drought, I was happy to be back on the podium. We’ve been working to be more methodical and diligent with our approach to practice and plan to keep improving.” says Ryan McKillen on team Surge after the second Miami Winter Series event for the M32 fleet.

Team Inga from Sweden with skipper Richard Goransson and tactician Chris Draper, used to being among the top boats, ended up mid-fleet in the fierce competition. Check out the start and full race of on board and drone video of Inga and hearing Mark Bulkley making the breeze calls.

The Chase for the Rooster
Winning the event was Convexity with skipper Don Wilson 3 points ahead of REV with Rick and Ryan DeVoss. At the leaderboard for the series Convexity still sits at the top with a few points margin. Chasing for the win and to lift the Rooster Trophy is three teams. Rick & Ryan Devoss with tactician Ian Willams followed closely by Inga from Sweden with Richard Goransson and Surge with Ryan McKillen. It will all be decided in the last event of the winter series April 1-3.
All results at m32world.com/results/ 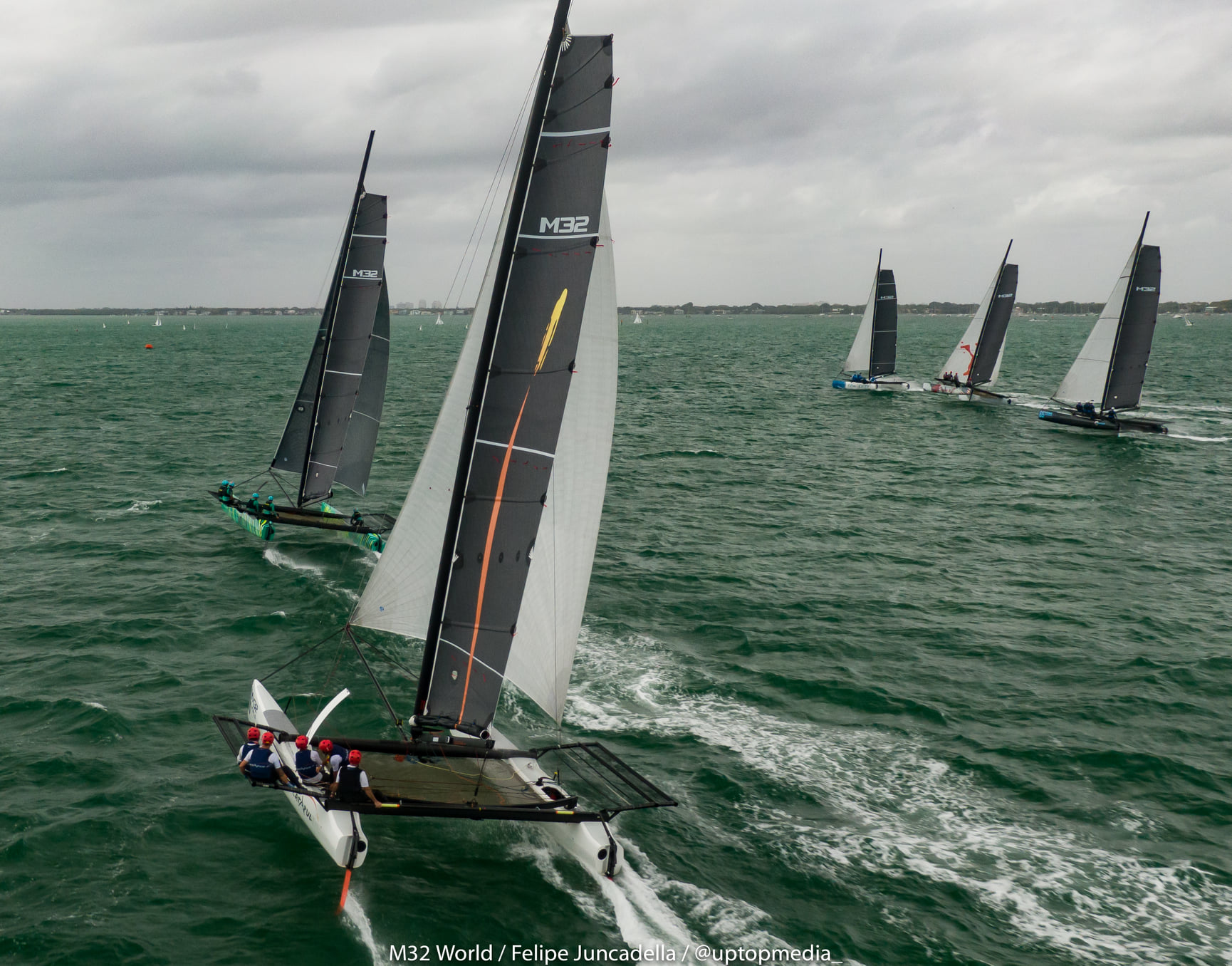 After some testing on previous events the class drone is now in action. The class drone makes sure to capture the start and all mark roundings so that those teams using a drone as a coaching tool can focus on other aspects of the racing. The clips are distributed to all teams at the end of racing in time for the debriefs. The umpires can also use the photage to explain how the rules apply to different scenarios. As a part of the fleet rules education several clips with interesting situations have been published on the class rules youtube channel with explanations on which rules apply and how to avoid any trouble.
M32 Series Rules Situation Youtube

The Fleet Grows
Ten teams are now competing in the Winter Series and the April event will see two more teams joining, taking advantage of the M32 demo boat program. Jay Cross, Olympian and holder of multiple championship titles will be on the start line in April with his team including tactician Mike Buckley. From the J/70 fleet Bobby Juliens with his team Dingbat will fully emerge in the racing having tested the boat with his team last year.
m32world.com/demoboat/ 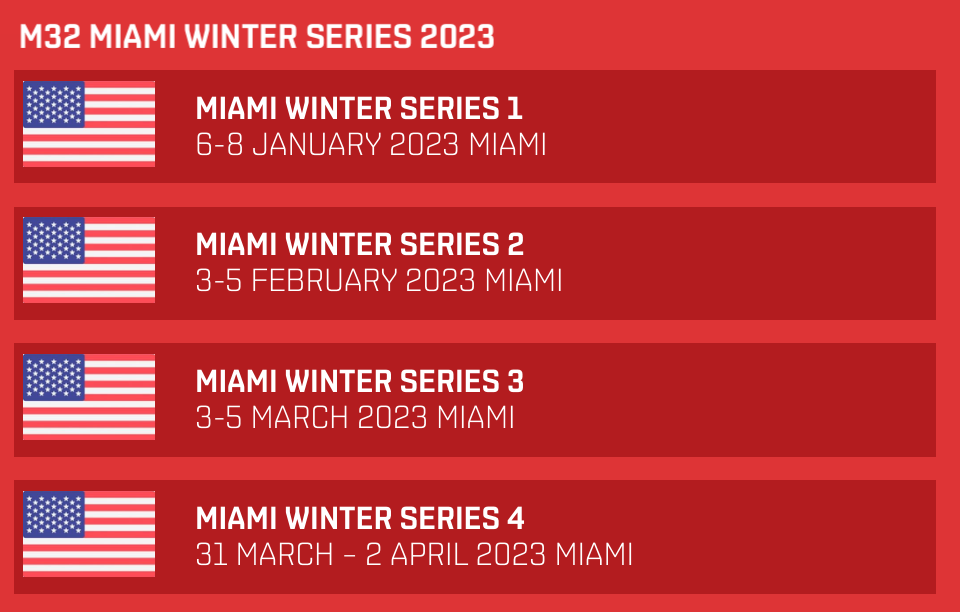 M32:s will be back in Miami 2023
The class will return to Miami for the 2023 winter, January-April, and the dates are already set. The next season will be special for the American fleet as the season ends with the World Championship in Newport, RI at the end of September.
m32world.com/calendar/