The leaning catamarans of Pisa

High octane, hull flying M32 catamaran racing returns to Italy over Friday 24th May until Sunday 26th May with the Cetilar M32 European Series Pisa taking place in Marina di Pisa. This will be the first event of the 2019 M32 European Series that subsequently visits the Netherlands and Sweden, before returning to Italy for the final event of the season on Lake Garda, immediately prior to the 2019 M32 World Championship (26-30 August).

Racing for the eight nimble M32 one design catamarans is being hosted in Pisa by Yacht Club Repubblica Marinara of Pisa and PharmaNutra.

PharmaNutra Chairman Dr Andrea Lacorte will be campaigning his M32 Vitamina Veloce at this first event of the season. “It will be a very nice event in Marina di Pisa,” says Lacorte. “Usually we have good conditions. We are racing very close to the shore just off the huge waterfront in the historic Marina di Pisa so it will be extremely visible to spectators.”

His Vitamina Veloce finished a consistent third at every event on the M32 European Series last year. He returns with much the same Italian-Australian crew including his tactician, reigning Match Racing World Champion Torvar Mirsky. “Marina di Pisa is awesome,” says Mirsky. “PharmaNutra’s sponsorship and organisation is great, as is their hospitality. Plus you aren’t sailing next to a cliff or in the middle of a city – the race course is very open and you go wherever the wind is. The racing is of the highest quality.”

While the M32 European Series is largely for private owner-drivers, in Pisa Mirsky will line up against many of the top names he will see when he seeks to defend his title at the World Match Racing Tour Finals in Marstrand this July.

Among these will be one of the biggest multihull teams – Spindrift Racing, run by Dona Bertarelli and Yann Guichard – who are joining the M32 European Series in 2019. Guichard says the Series represents a good way to train for two of his team’s main goals this season: the World Match Racing Tour Final and the M32 Worlds: “I very much like racing the M32 catamaran because it’s fun and it’s a one design. Plus the short, sharp three day events on the M32 European Series make for really intense racing.”

Sadly Guichard won’t be helming the Spindrift Racing boat at the Cetilar M32 European Series Pisa. Standing in will be his old colleague Xavier Revil, once part of the French Olympic Tornado catamaran squad with him.

“Team GAC Pindar are really looking forward to kicking off the defense of our M32 European Series title in Pisa this week. With more teams on the start line, and some particularly strong ones, we are looking forward to a real battle this year,” says Williams, who is on fire this season, coming from victories at two leading match racing events: Congressional Cup and Argo Group Gold Cup.

Another leading match racer Nicklas Dackhammar will be competing once again with Aston Harald boss Håkan Svensson on board the Swedish Cape Crow Vikings M32. The Vikings also include Dackhammer’s brother Pontus, plus Jakob Wilson and Fredrik Aurell.

If Andrea Lacorte’s Vitamina Veloce was a consistent third last season, Richard Davies’ Section 16 was a regular second. He returns to the circuit this year at the Cetilar M32 European Series Pisa with a crew including experienced performance sailors Chris Rast and Herve Cunningham, Niko Kornev and Niko Reisch. 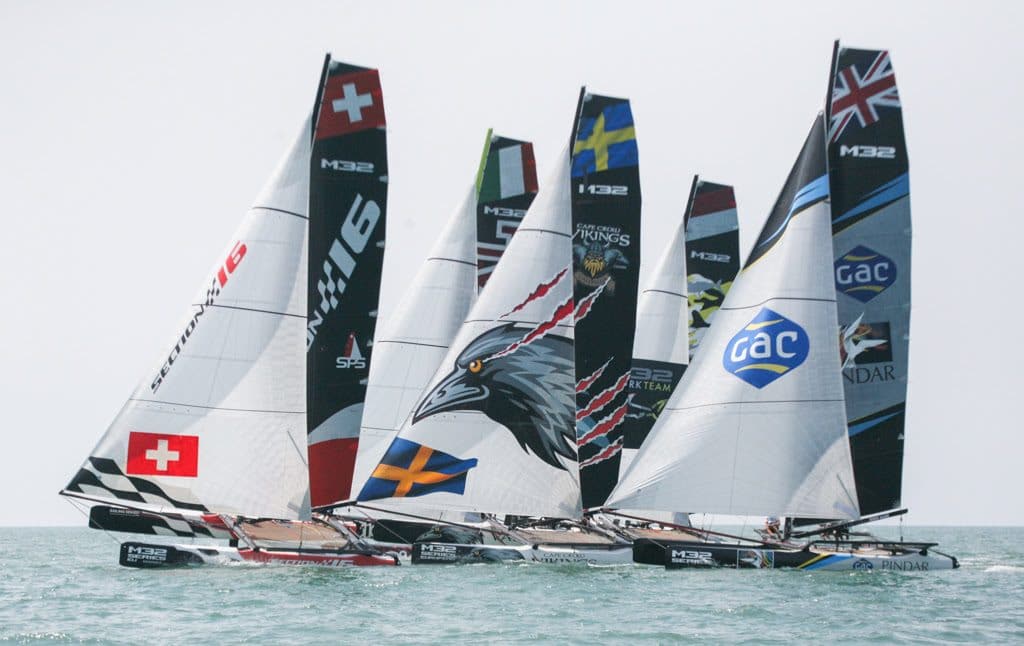 Three more teams will be on a steeper M32 learning curve. Well known Melges sailor, Swede Richard Göransson enjoyed racing the M32 at the test event in San Remo in March so much, that he has committed for the season. Göransson is joined on board by Inga from Sweden regular Oliver Tizzard with additional catamaran skills coming from Mark Bulkeley, New Zealander Brad Farrand and Swede Emil Järudd, whom Göransson supports in his Nacra 17 catamaran Olympic campaign.

In San Remo another team trying their hand at M32 racing was the Danes on Youth Vikings, led by match racer Daniel Bjørnholt. He is sailing with his brother Nicolaj plus other young Danes Christpher Falholt and Calle Hulthin Sørensen. “I don’t know anything about Pisa apart from the Tower,” Daniel admits. “It will be interesting for us. I hope we can race consistently, but we are a bit behind the others.”

The Cetilar M32 European Series Pisa is just one of a series of Cetilar-supported events taking place in the area over this period, including the 10th anniversary 151 Miglia Trofeo Celitar offshore race from Livorgno to Punta Ala via the Giragalia rock, to the 151 Bimbi a Vela – a day dedicated to younger generation sailors, organised by Yacht Club Repubblica Marinara di Pisa, in Porto di Pisa. There is also a 15.1 km long run, starting and finish in Porto di Pisa. So the festivities will be in full swing by the time the M32s arrive.

Ian Williams, Vice-President of the M32 International Class Association concludes: “It’s great for the M32 class to kick off the European Series with eight boats on the start line. We expect numbers to steadily grow leading up to the Worlds on Lake Garda in August.” 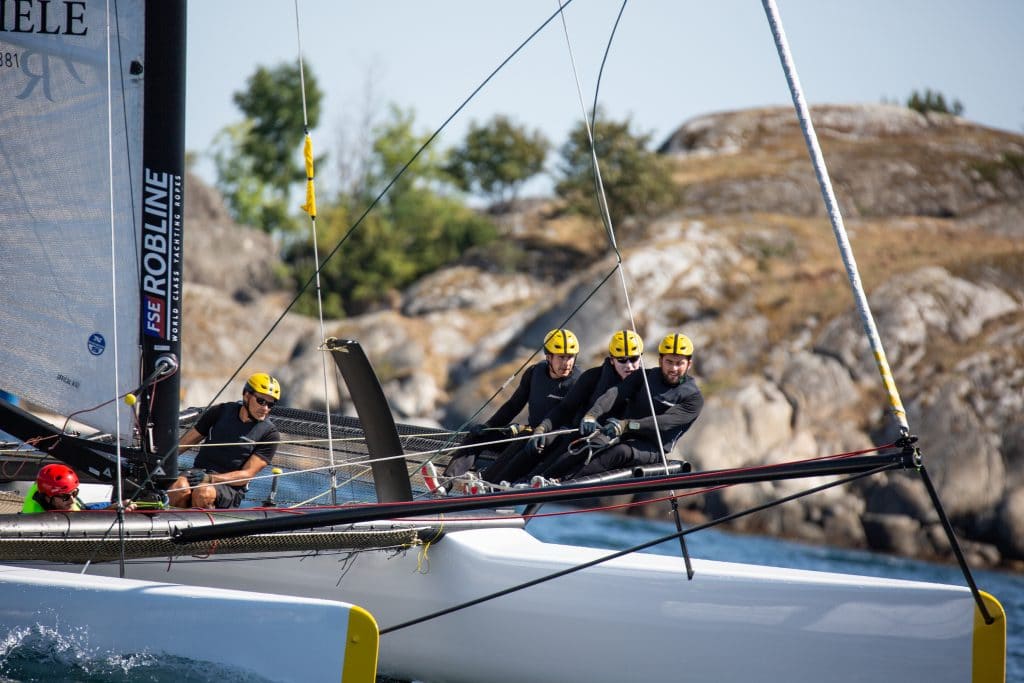