“Fabulous”
M32 International Class Association President Richard Davies described the opening day as, “A fabulous day in Kristiansand. A complicated race course with strong current coming out from the river and the usual tight racing of M32 Series.”

10-12 knots of breeze filled the fjord of Kristiansand to kick off the third event of the Centilar M32 Series Europe, allowing the race course to move inside the harbour, to the delight of sailors and of the crowds watching from the shore. With all eight of the scheduled races complete, the leading pack were still close and Series leader, Richard Davies’ Section 16, was just two points behind Ian Williams who had returned to the helm of GAC Pindar at this event.

The race area was shared this weekend with the Melges 24 class, enjoying their Nordic Championship in Kristiansand. As all boats came ashore, the two fleets joined for a pizza night under the Big Tent in Kristiansand centre.

Mother Nature Not in the Mood
As Saturday rolled in, the wind did not follow. Extremely light and inconsistent weather pushed racing back further and further until eventually Race Officer Mattias Dahlstrom was forced to abandon for the day.

As evening arrived, with it followed a little breeze. Although too late in the day for racing, this was a unique opportunity to show off the M32 catamaran to some of the other sailors in Kristiansand who had a blast ripping around in what light breeze there was. With the reactions received, growing the M32 European fleet looks promising.

The Taste of Norway
Whilst the wind Gods were not on our side Saturday, the taste of Norway certainly was. The two fleets again combined again for a Norwegian crayfish fest! Another great chance for all crews to mingle, exchange tactics and prepare for the final day of racing in Kristiansand. 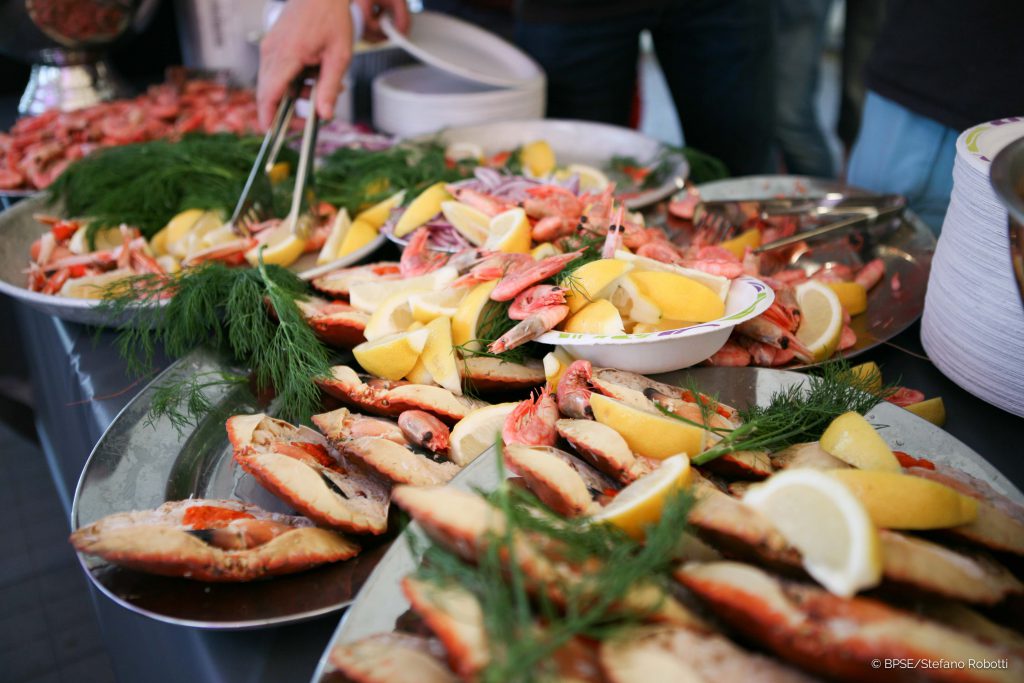 A Scandinavian Squall
What started off as a calm day’s sailing quickly turned into a wet ride on the wild side as conditions pushed teams with increasing wind.

“We finally found some real Norway here!” Exclaimed Andrea Lacorte, skipper of Vitamina Veloce. “But it was fun, it was tough. We did well! Some very strong wind, strong current, raining, real Scandinavia. Two days ago it was more like the mediterranean. This was a beautiful place, a really beautiful place.”

And so the Italian was right to be excited – as the conditions got tougher, his performance increased, giving the team two victories in the heavy stuff. With great results on the final day, Andrea Lacorte overtook Section 16 to claim second place for the day, but with the Swiss team putting in such a strong performance on day 1 of competition, in the end Lacorte had to settle for third overall, just two points behind Richard Davies in second and another eight to Ian Williams at the front.

What Does the New Guy Make of it All?
Sailing alongside Riccardo Simoneschi on the Hydra boat was a newcomer to the fleet, Heir Oskar Heldal. After his first day on the water, Heldal said, “I am usually a skiff sailor but this is a great boat. Lots of pressure, good speed and just great fun.”

It’s Getting Tight
Just ten points now separate the top-four on the Centilar M32 Series Europe Leaderboard as we reach the halfway point of the season. After his win this weekend, Ian Williams said, “We finally got some Norwegian weather here on the last day. It was pretty tricky conditions but great for GAC Pindar to get another win on the bounce and now we are looking forward to the next regatta in Aarhus.”

As Ian said, the fleet next travels to Aarhus, Denmark later this month. With such redevelopment in the area and the eyes of the sailing world firmly on the city ahead of this summer’s Sailing World Championships, Aarhus is expected to deliver a top-level regatta for the fleet. Williams is the defending champion from last year’s event in Aarhus, however we could see an appearance from local Aarhus sailor Jonas Warrer who challenged Williams throughout the 2017 season.