The Worlds in November in Miami
After the Continental Championships in Europe and North America, all focus is on the World Championship in November in Miami. Events begin in October with the Nationals, followed by the Worlds, and then the 2022 Miami Winter Series starts with one event every month in January, February, March and April. The stage is set for the next winter season of sailing and fun in the sun to be the best you have ever had! 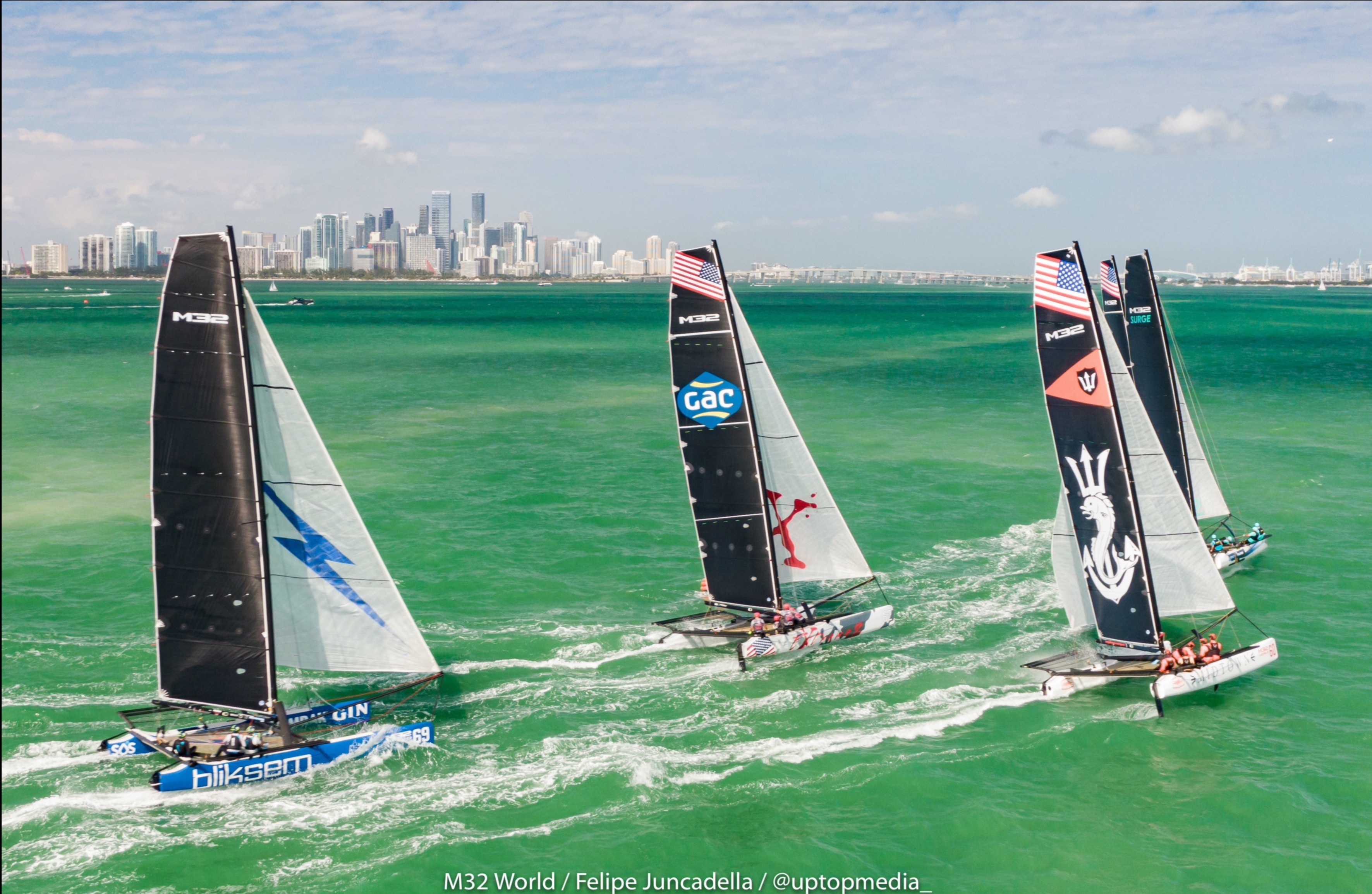 The fleet will be based at Shake-A-Leg Miami which has been the home for the M32s the last few winters. The boats can all be moored at the same place and there are great facilities for after-sails and other events on site. The SAL mission “To utilize the marine environment to improve the health, education, and independence of children and adults with physical, developmental and economic challenges, in an inclusive community setting,” is something the M32 class fully supports and are happy to cooperate with.

International travel is still a challenge, but thanks to good cooperation and the helpfulness of US Sailing and the US Olympic Committee it’s now easier to travel to international events. Both the Nationals in October and the Worlds in November have been approved as major events. This will be a great help both for Europeans teams coming over for the Worlds and for US teams with an international crew.
Full schedule at m32world.com/calendar/ 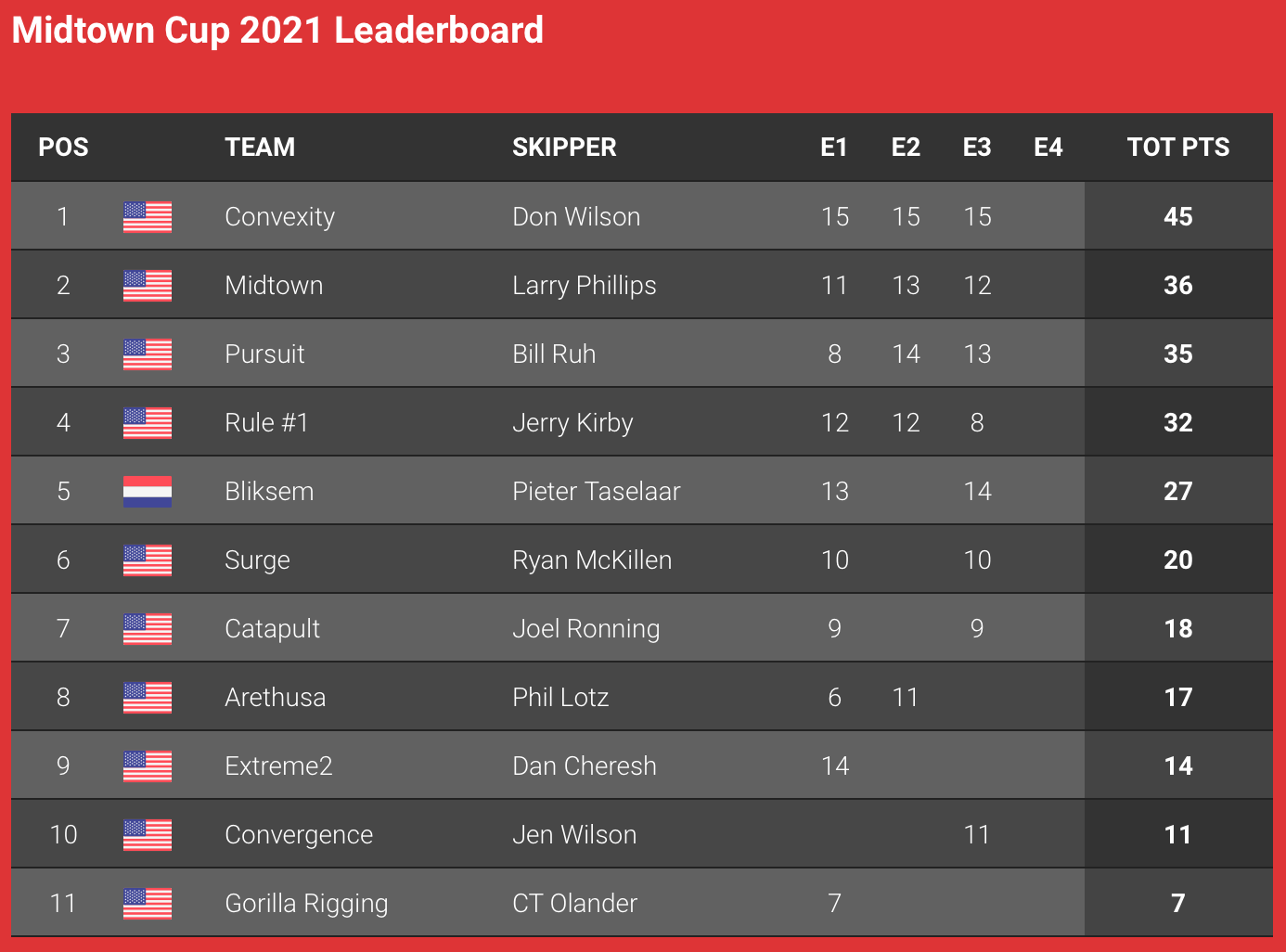 The Midtown Cup in Newport concluded the 3rd event of the season at the end of August, and things are heating up for the final event in September, the North  American Championship. Sitting solid on top of the leaderboard is reigning World Champions team Convexity with skipper Don Wilson. The fight for the podium places are a lot closer with several teams in the mix with a single point lead for Midtown Racing with skipper Larry Phillips. The racing is based out of Midtown High Performance Sailing Center, which is a unique venue in downtown Newport where all teams can be moored at the same place that’s only crawling distance from the Midtown Oyster Bar.
Full results at m32world.com/results/ 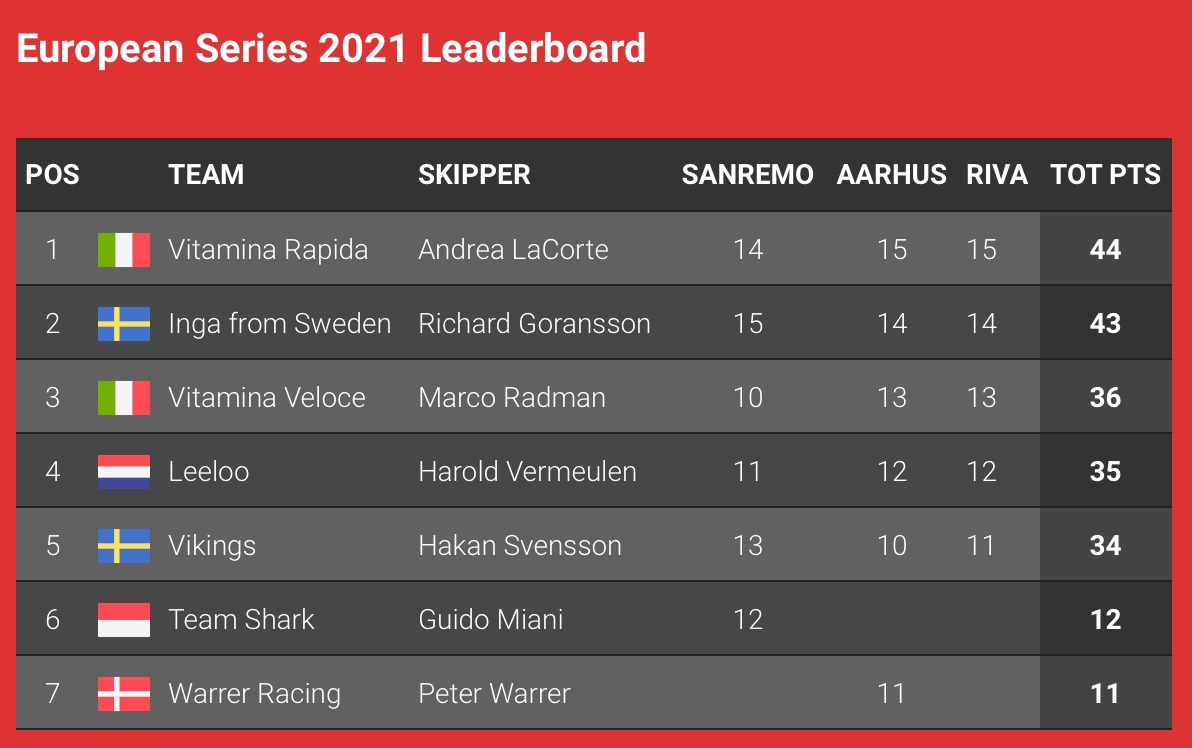 Riva del Garda, Italy once again delivered superb racing for the class 3-5 September. 15 races over 3 days in the afternoon Ora in 12-18 knots and sunshine. The course was set up close enough to the  west to provide the teams with the classic Garda racing. Getting close to the mountains, finding the right lanes and exiting at the right moment for the windward marks. Mastering the conditions best was Vitamina Rapida Cetilar with skipper Andrea LaCorte taking both the European Champion title and the European Series 2021 title. Close behind was team Inga from Sweden with Skipper Richard Goransson. The European fleet now has some local training events before heading west for the Worlds with a mix of shipping their own boats or chartering in Miami.
Europeans fb Image Gallery

The perfect Introduction –  M32 Demo Boat
The M32 Demo Boat is the perfect way to get introduced to M32 racing in a way that is tailored to your background in racing and other classes. Maybe you have your own racing team and just need a few hints on M32 specifics; or maybe you need help with setting up an M32 experienced crew and start from the beginning with multihull racing.