Pieter Taselaar’s Bliksem recorded its best performance yet at the M32 European Series Marstrand today, winning five out of six races. In the ‘one that got away’ the New York-based Dutchman’s team recovered from an OCS to finish second.

“It was fantastic, an incredible day – really amazing. I thought it couldn’t get any better than yesterday and the day before,” said a beaming Taselaar, once back at the GKSS (Göteborgs Kungliga Segelsällskap), who’s Marstrand clubhouse has hosted this weekend’s event in co-operation with Cape Crow Yacht Club as organising authority. “I think we are really fast. We have two guys Rhys [Mara] and Julius [Hallstrom] from Red Bull Sailing Team who are really good and Keith [Swinton, tactician]. We have got the starts down pretty well which makes a big difference.” Also on board was Bliksem logistics manager Pauly Atkins.

The Dutch team’s performance was all the more remarkable in that, they were sailing a boat chartered for the regatta from the M32’s builders Aston Harald, albeit with their own sails.

Today the forecast rain held off and the wind was further right, from the southwest; 10-12 knots, building to 15+ in the final race. Most significant was the increased chop from the race area off Marstrand being open to the southwest. This affected how the boats were sailed. Bliksem’s tactician, Aussie match racer Keith Swinton, explained: “The chop made it a lot more difficult. You wanted to sail with more hull in the air to avoid banging and to sail lower and choose the best spot to tack in – we did that pretty well, but there were one or two times we didn’t. We have had three great days – we couldn’t have hoped for more.”

There also seemed to be more variation in the favoured sides. As Taselaar explained: “it was more about the pressure. We looked at the clouds more and it was different every race.”

There is also jubilation aboard White Sound of M32 first timer Swede John-Christian de Champs, racing here with Sam Goodchild, accomplished match racers Hayden Goodrich and Garth Ellingham and Swedish Nacra sailor Emil Jarrud. They claimed the only race Bliksem didn’t win. “That was much more than we expected before we came here. My aim was not to be last!” admitted De Champs. Ultimately they finished fourth.

While Bliksem won with a formidable three races to spare, finishing a worthy second overall, albeit 31 points astern, was Section 16 of Zurich-based Brit Richard Davies, first of the M32 European Series regulars. “It is not often you get to beat some pros,” said Davies. “It is the first time we have come second not third! We have evolved how we sail the boats over the last few years with a lightweight crew of five,” he added, referring to Ian Williams’ GAC Pindar which seemed to lack power at this event, sailing with four instead of five. As to Bliksem, Davies observed: “They are consistently fast. They are executing the starts and mark roundings really well. They are the new standard. But there is a long way to go yet…” 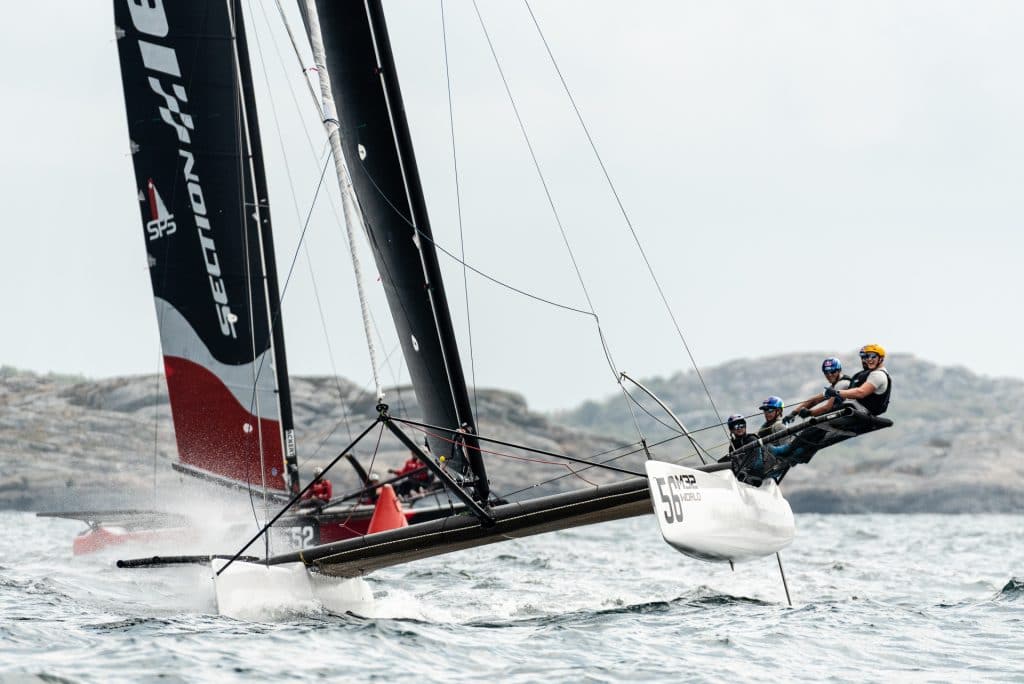 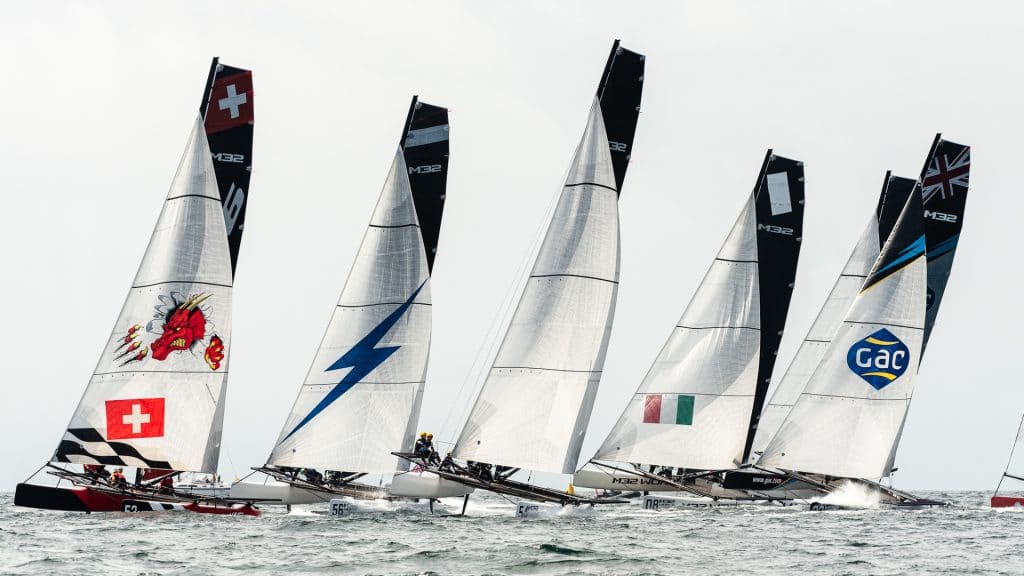 Last month in Medemblik, the Kiwi Knots Racing team, sailing the youth boat kindly provided for the M32 European Series by builder Aston Harald, finished fifth under skipper Nick Egnot-Johnson. For Marstrand, talented match racer Joachim Aschenbrenner and two other Danes stood in for Egnot-Johnson and two crew and raised the bar by taking third. However it was close with White Sound just two points behind and Inga from Sweden a further two back –after 18 races.

“We knew coming into today it would be very close on points and it was going to be an important day,” said Aschenbrenner. “We kept it close although we were struggled a little, but managed to get up the fleet in the overall results and sealed the deal in the end.” For the next event the youth M32 will have its full Kiwi compliment back.

While Richard Göransson’s Inga from Sweden showed further improvement today, leading for the first lap of the penultimate race and consistently top four, they suffered a set-back in the breezy final race when during gybing they teetered on the brink and ultimately capsized. However just two minutes later they were righted, all crew safe and sound and resumed sailing. Without this they would have been second top scorer today. “We found really good upwind pace at the same angle as the other people initially, then we started to bit higher and we were seeing it paying off,” said Göransson of their improvement. “We focus a lot on mast twist to power up and depower the main which keeps us on pace. The M32 is a super interesting boat to sail. I enjoy it immensely.”

From here the M32 European Series edges a few kilometres north for two days of inshore racing off Stenungsund before the Tjörn Runt on 17th August. This is followed a week later by the Pre-Worlds, the final event of the 2019 M32 European Series and the M32 World Championship both in Rival del Garda, Italy.