Flat water and good breeze is a recipe for high octane catamaran sailing that the Dutch know well thanks to their famous dammed off inland sea, the Ijsselmeer. It is here that the M32 European Series visits later this week (21-23 June) for its second stage, following Pisa last month.

At least seven of the one design catamaran teams will be congregating in Medemblik for the M32 European Series Holland. Situated on the west side of the Ijsseleer, 40km north of Amsterdam, the town is one of the Netherland’s top sailing venues and only last week hosted the 89 boat Dragon Gold Cup.

The event will be nostalgic for Britain’s Ian Williams, who’s GAC Pindar team leads the 2019 M32 European Series: “I did my first international event (Cadet World Championships Promotional Regatta) just down the road in Andijk in 1989, and I last sailed in Medemblik back in 2000 at SPA Regatta, so my memory of the conditions is somewhat distant. But the Ijsselmeer is known for great sailing conditions and we are expecting another great regatta.”

Once again GAC Pindar is likely to face the stiffest opposition from Spindrift racing, especially following the victory of Dona Bertarelli and Yann Guichard’s team in Saturday’s stormy Bol d’Or Mirabaud on Lake Geneva. Xavier Revil, who was part of the winning crew, will once again skipper the Franco-Swiss team’s M32 and having come out on top on the second day in Pisa, they are likely to be ever more threatening to the dominant GAC Pindar. Like GAC Pindar, Spindrift racing is sailing four up, Revil joined by François Morvan, Christophe Espagnon and Mathieu Salomon.

Becoming increasingly competitive too is the longest-serving team on the M32 European Series – Richard Davies’ Section 16. If Spindrift racing won day two in Pisa, then it was Section 16 that claimed the moral victory on the final day when it finished on level points for the day with the mighty GAC Pindar. Once again Davies is sailing in the Netherlands with an international cast comprising US-Swiss Olympic 49er sailor Chris Rast, seasoned French foiling catamaran specialist Hervé Cunningham, top Austrian 49er sailor Nikolaus Resch plus currently the M32 European Series’ sole Russian crew, match racer Nikolay Kornev.

Most familiar with Medemblik will certainly be Pieter-Jan Postma, the Netherland’s two time Olympic Finn sailor, who finished fourth at London 2012. He spent years training in Medemblik when it was the centre for Dutch Olympic sailing. “It has great facilities with a huge slipway,” says Postma of the venue. “You have a good restaurant there, the people are friendly and it is a nice little town. It is a good balance. You can get a little bit of chop and most of the time there is good breeze which is why we trained so much out of there.” 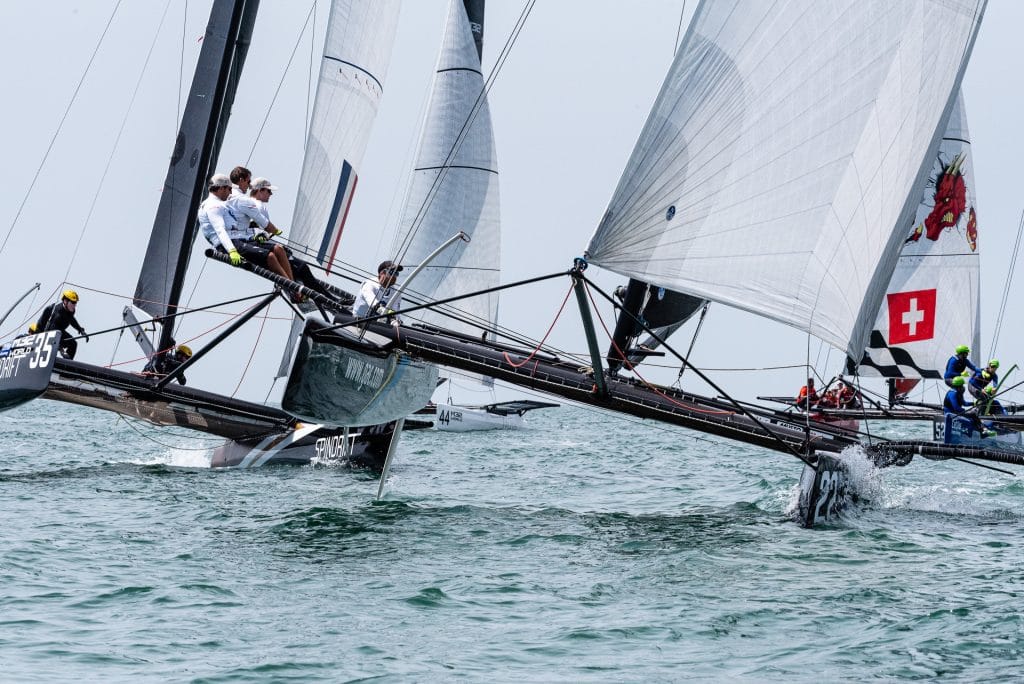 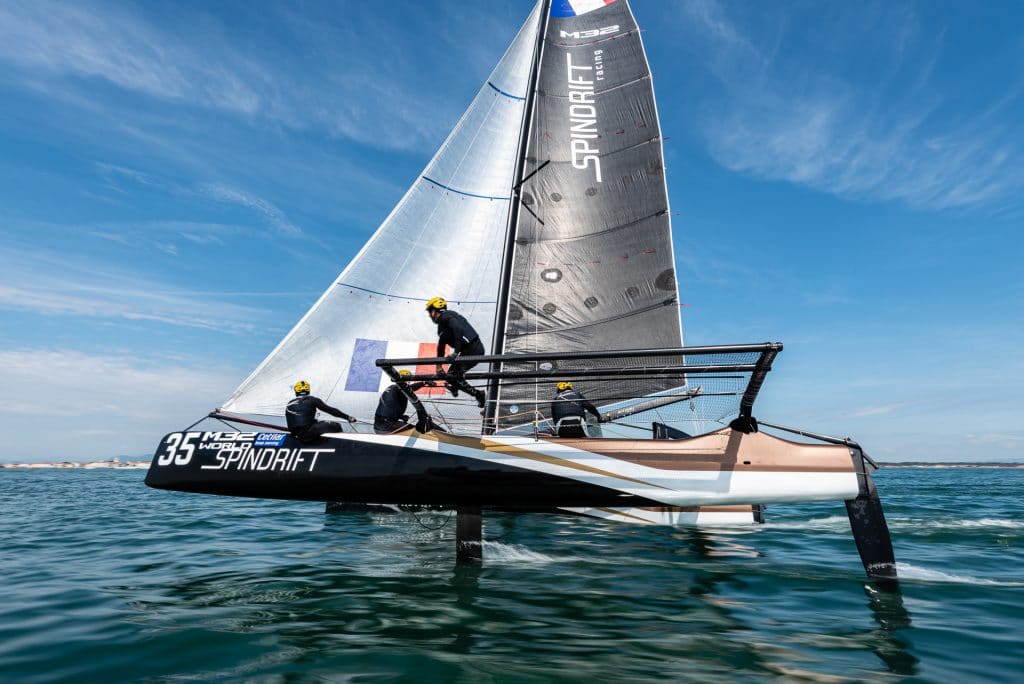 His Good Vibes team will comprise himself as well as Dutch businessmen Bart Brouwer, Jean-Louis Flier and Stijn Uijthoven. “In the M32 it is a lot about boat handling so the focus will be more about that and the starts,” Postma continues. “We are now building up to the Worlds in Garda.” The M32 World Championship will take in Riva del Garda over 26-30th August.

They are joined by another Dutch team, new to M32 racing. Harold Vermeulen’s LeeLoo team usually campaigns a MAT 1180 keelboat. With Vermeulen on board will be Gideon Mastenbroek, Jochem Oostenbroek, Herman de Knop and Tom van der Vecht. According to local organiser Frans Driessen: “They are up for a challenge. As Harold says ‘any sport that requires us to wear helmets and protectors, is a sport I’m attracted to…’”

Also new to the M32 European Series is the KNOTS Racing Team from New Zealand, skippered by 20-year-old budding match racer Nick Egnot-Johnson. Down under, Egnot-Johnson (son of Barcelona 1992 470 silver medallist Leslie Egnot) has won several top youth match racing events, notably the Hardy Cup, but he and his team have also made their mark in the northern hemisphere winning the Oakcliff International last year in New York and they arrive in Medemblik fresh from winning Match Race Germany. Egnot-Johnson will be joined on board by Sam Barnett, Stephen Jones, Zak Merton and Tim Snedden.

Returning once again from Sweden is M32/Aston Harald boss Håkan Svensson on board Cape Crow Vikings with his normal crew including the Dackhammar brothers Nicklas and Pontus, plus Jakob Wilson and Fredrik Aurell.

Organiser Frans Driessen concludes: “Sailing on the Ijsselmeer we can look forward to good racing conditions and the advantages of open water without the waves. There’s excellent infrastructure them and Medemblik is used to hosting World and European championships.”