Now into its sixth year, competition for the high performance M32 catamarans in North America will take place with an extensive program of events throughout the 2020 season, centred around Miami, Newport and Chicago.

10-14 teams are already registered to take part in the series, attracted not just by the high quality racing but also by the camaraderie within the class that has developed over the years.

Dave Doucett, Director of M32 North America, explains: “It’s really a fun, social group. This is also the reason we stay at one base in each of the venues we visit – it helps to build our active community of high-performance M32 sailors both on and off the water. Everyone is on a first-name basis. We are not an all-pro class; the majority of boats are owner-driven. Drinks on the docks and war stories of the day are what bring the class together and the quality of racing up.”

As usual racing the M32 Winter Series will take place out of Coconut Grove with the boats moored at Shake-A-Leg Miami, a non-profit organisation that works with adaptive sailing and the Miami community, youth, and military veterans and which the M32 Class supports.

Following on from the M32 North American Championship over November 15-17, the M32 Winter Series will comprise three events, one per month between January and March 2020. As usual racing will take place on Biscayne Bay, a near ideal venue for cat sailing with typically good wind and flat water with balmy temperatures.

In addition to the US M32 fleet, several teams are shipping their boats from Europe to join in the Winter Series as training prior to the Europe season, since flights from Miami to Europe are relatively inexpensive, but mainly because it is fun and provides a welcome escape from winter.

From Miami, the M32 fleet moves north to summer in Newport, RI, the original home of the M32 in the USA. In Newport, they will be based in a new downtown sailing center.

Two editions of the Midtown Cup will be held in Newport mid-July and mid-August, supported by the Midtown Oyster Bar, whose proprietor Larry Phillips campaigns the Midtown Team M32.

“We are looking forward to the start of our second season in Miami this winter, racing the M32 for the Midtown Team,” said Phillips. “Last year was our inaugural year in the fleet and we are coming into this year with a stronger level of confidence and hopefully our results will show the added experience. 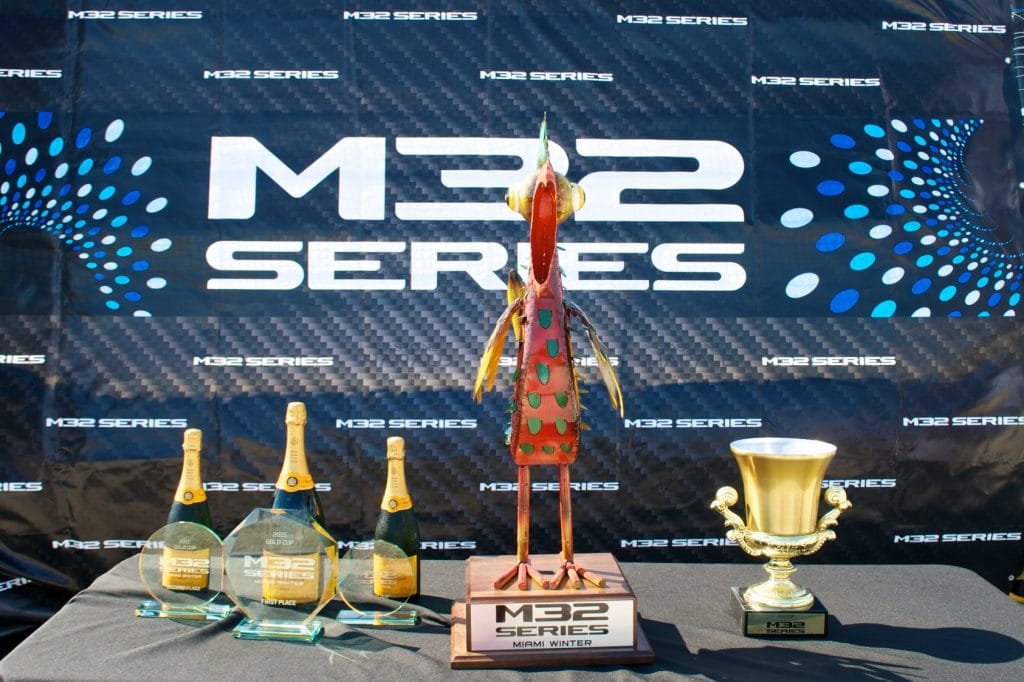 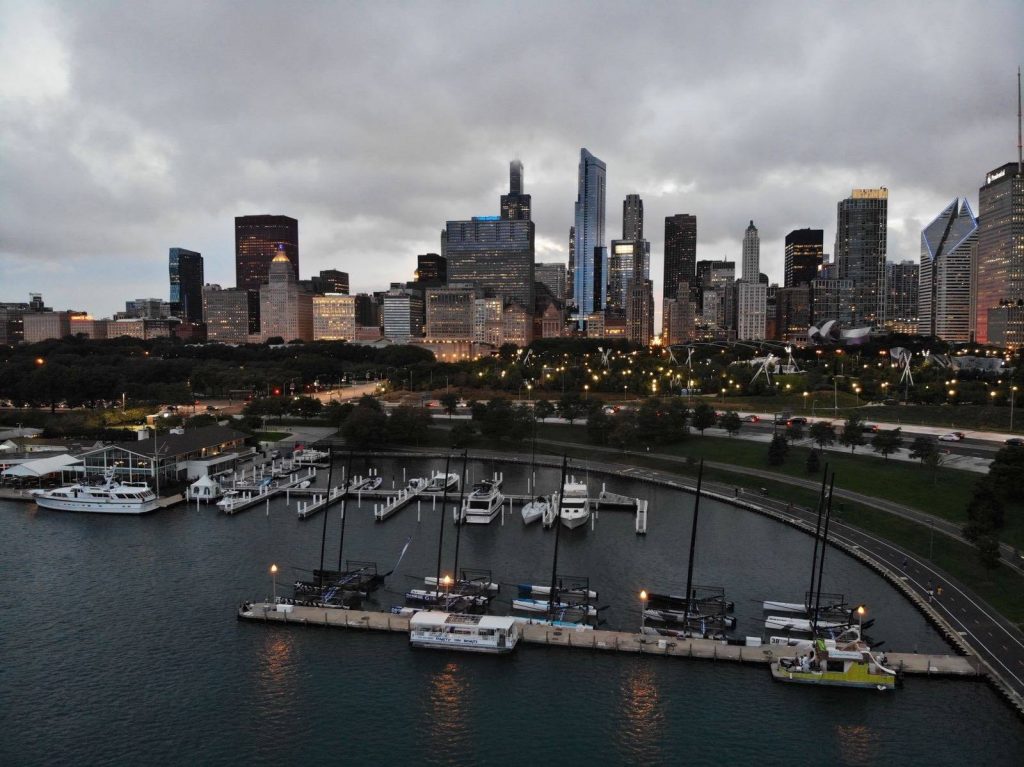 “Finishing the year out with the Worlds in Lake Garda was a truly great experience and we are eager to elevate our level of performance this winter. Additionally, we are looking forward to next summer’s sailing series in our hometown of Newport and advancing our quest for a podium finish.”

From Newport, the circuit moves on to Chicago for the North American Championship over 18-20 September. Chicago is home to brother and sister Don and Jennifer Wilson. Don with his Convexity team was crowned M32 World Champion this August on Lake Garda, while Jennifer won the Pre-Worlds with her Convergence team.

The US season concludes back in Miami with the M32 Pre-Worlds and World Championship over 16-17 and 19-22 November respectively.

All M32 events maintain a high standard of racing quality through the class having a regular umpire team and safety officer plus its own professional race management, run by PRO and M32 Class Manager, Mattias Dahlstrom.

In addition to the regular fleet, there will be two demo boats available for new teams to lease and test sail, including a special program this season set up to introduce new owners to the thrill of competing in the ultra-light high performance catamaran. For those interested in this please contact Dave Doucett on dave.doucett@astonharald.com.