The M32 Pre-Worlds got off to a tentative opening when Riva del Garda’s usually 100% reliable, set-your-watch-by-it Ora southerly not only failed to fill in but was eventually replaced by the Pelèr northerly, traditionally Lake Garda’s morning breeze. Fortunately at around 1500 this was blowing 6-8 knots and had stabilised enough for four races and the opening bouts of the Pre-Worlds to be held.

Perhaps it was the anticipation or the unfamiliar northerly breeze, but the four races were high scoring affairs, with none of the 11 teams especially excelling and all counting scores of seventh or worse.

While there was some conjecture in the build-up to this third M32 World Championship of the possible dominance of the US teams, this is not yet evident with the US and Europeans well mixed after four races. The Wilsons two teams from Chicago – Convexity of Don Wilson and Convergence of his sister Jennifer – currently are first and third, but in second is Ian Williams’ GAC Pindar on which the British match racing legend is calling tactics this week while M32 International Class Association President American Dan Cheresh helms. Today Convexity, on which newbie America’s Cup skipper Taylor Canfield is sailing, claimed the day’s fourth and final race in the most breeze, 10-12 knots, while Convergence won the first.

“It was odd conditions, pretty tricky,” said Jennifer Wilson. “The third race we had a difficult start and then it got really light.” Of the first race which she won, Convergence was second into the reaching mark and then pulled ahead after splitting with race leader at the leeward gate. “We haven’t raced here before but we are a lighter weight team so lighter air is easier for us.”

Yann Guichard’s Spindrift racing, on which Xavier Revil is stand-in helmsman, claimed the third race which was the trickiest of the day with the northerly breeze temporarily shutting down. “We had no wind at the first downwind mark, so it was hard to get it,” explained the team’s François Morvan. “We rounded the downwind mark in fifth and then we went to the left where there was more pressure when the wind increased a little bit.” 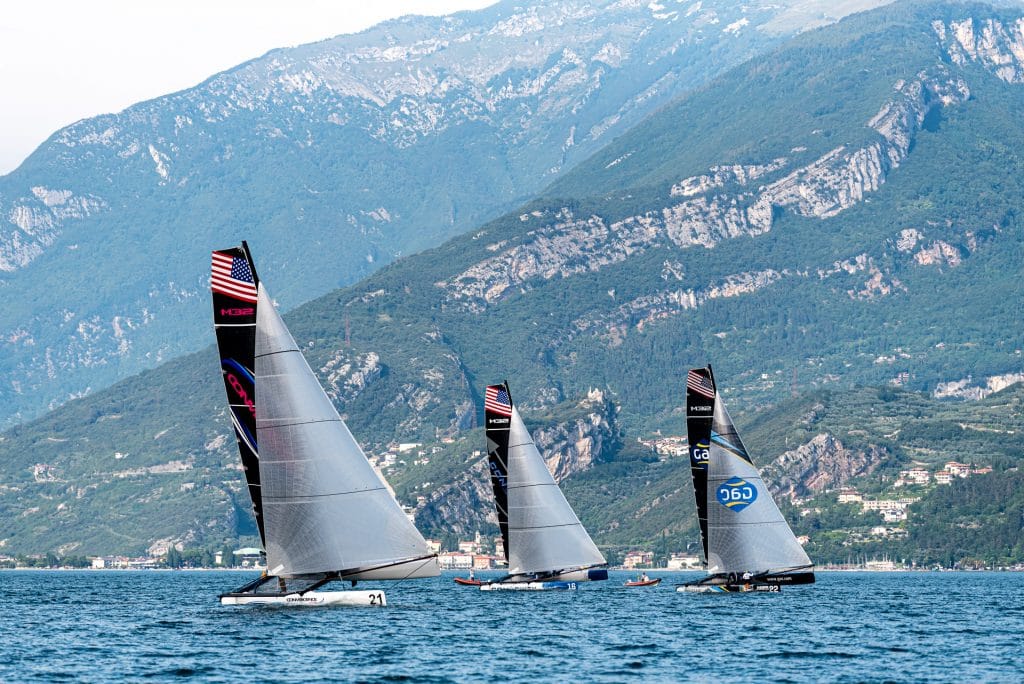 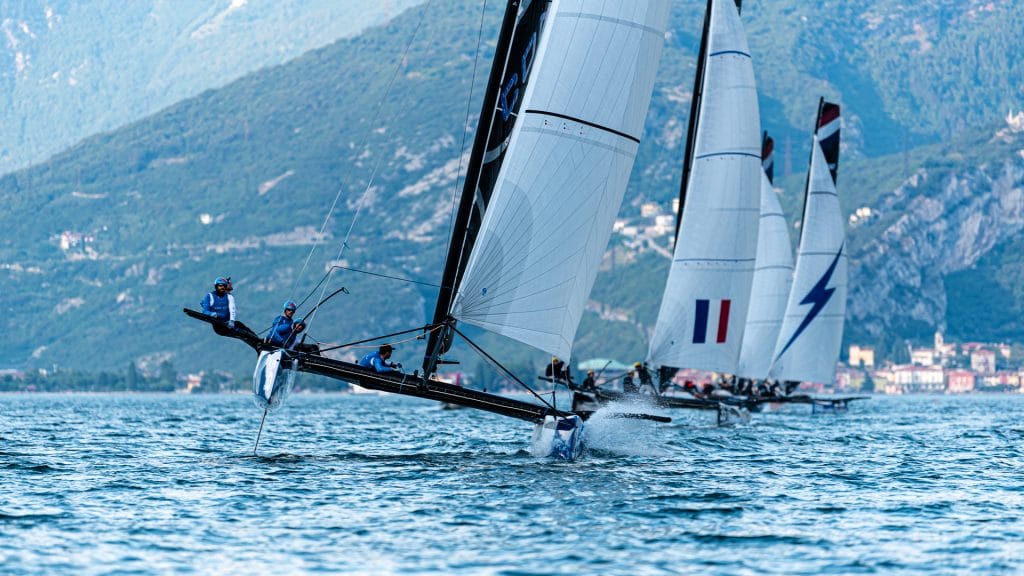 The most up-down performance of the day was that of Richard Davies’ Section 16 which won the second race but whose performance was otherwise hampered by a man overboard in race one and then an OCS. Their second race of the day they won out of the start and was then incident-free. Their ninth place overall is not reflective of how well they performed otherwise today. “It is a long way to go. We are super happy everything is working well and it is really good racing,” observed Davies.

While the Pre-Worlds obviously feed into the M32 World Championship for which racing begins on Tuesday, it also doubles as the final event of the 2019 M32 European Series. In this the present leader is Ian Williams’ GAC Pindar and the British skipper is doing a good job setting himself up to win the 2019 series, not coming first in a race today but finishing second in the first two.

“It was a good day for GAC Pindar,” said Williams. “With Dan Cheresh coming in to helm, it was our first time sailing together, a lot to learn and to figure out about each other so we are happy to come out of the day in second overall.”

Tomorrow, the second and final day of racing at the M32 Pre-Worlds, the forecast for the southerly Ora to fill in is looking even more dubious than today. So, PRO Mattias Dahlstrom explained: “we are going for a morning session with a 0900 start and will see how it goes. We might be able to get everything done in the morning but if the wind doesn’t hold for too long, we’ll try to get an afternoon session in too. According to the locals, if you have rain storms to the east and west, they mess things up with the weather patterns.”