Bullets in the two opening races of the final day at the M32 World Championship on Lake Garda all but secured Don Wilson’s Convexity the title, the Chicago team eventually able to bow out of the last of today’s four races, the regatta already won.

For the grand finale to this third M32 World Championship, Riva del Garda laid on phenomenal conditions. The twelve M32 crews and race officials arose early for a 0900 start to make the most of the northerly Pelèr wind, venturing out on the race course two miles south of Riva del Garda, into winds already gusting to 20+ knots. This and the building wave-state made for explosive opening reaches across the lake and on to runs where the nimble 32ft catamarans were regularly hitting 25+ knots, engulfed in balls of spray.

In the first race Richard Davies’ Section 16 and Pieter-Jan Postma’s Team NL led at the reaching mark but Convexity pulled ahead up the left side of the first beat and then hung on grimly to the finish. In race two Convexity won the start, was first to the reaching mark and extended from there. A second in the next race sealed the deal.

“It was a great day out there, super windy and to go out and get those bullets was a great feeling,” said Wilson. “This is my first World Championship win. We won the Corinthian division of the Worlds two years ago in Sweden, but that’s not the same…”

After two World Championship wins by Phil Robertson, Wilson becomes the first Corinthian skipper to claim the title, receiving trophies for both the Corinthian and overall victories.

According to Wilson this was the culmination of three years of effort. “To be able to do it with a two boat program gave us an advantage plus we did all of the events leading up to this with the eye on this goal.”

For the Worlds, Wilson sailed with Taylor Canfield, plus other heavyweight crew Ted Hackney, Kinley Fowler and Josh McCaffery. “It was awesome, just great,” said Canfield, who was previously an Etchells and Match Racing World Champion. “We sailed really well and got off the line well. We knew that our boat speed was good and staying out of trouble was the name of the game. Don and I have been sailing together for a really long time, so to get the job done is awesome. To be in such a beautiful place and come away with a win – you couldn’t ask for more.”

Both Wilson and Canfield praised their team mates on Convergence, helmed by Wilson’s sister Jennifer and with his daughter Ava crewing. After winning the Pre-Worlds last week, Convergence suffered two disappointing days at this M32 World Championship, but redeemed themselves today, putting in podium finishes in all four of today’s races. With this they ousted Dan Cheresh and Ian Williams’ GAC Extreme2 from the bottom step of the podium and going into the final race they were even technically able to relieve Pieter Taselaar’s Bliksem of second overall but this didn’t come to pass. 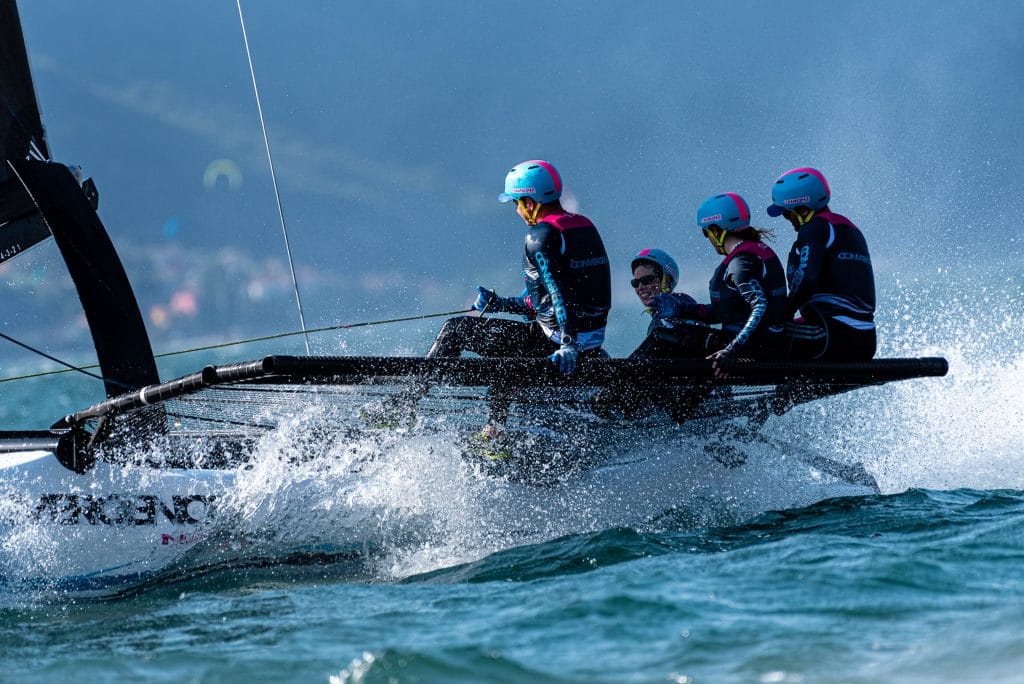 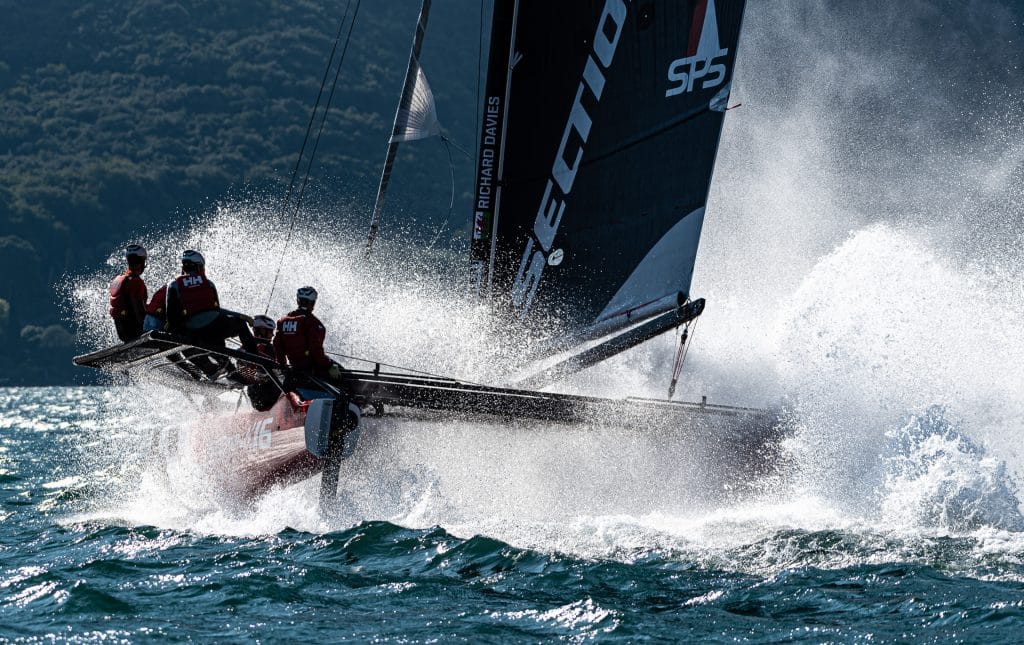 “We sailed as well as we could and came pretty close,” said Jennifer. “We sailed quite well, even when it was breezy, despite being 100lb light. Today it was very windy, but we still felt fast.”

The final race of the day was won by Down Under Racing, the joint Aussie-Kiwi team led by Sydney’s Harry Price, their second bullet of the Worlds. “We got rolled down the bottom end of the start line but then we gybe-set and went for a left hand turn at the bottom,” explained Price. On the way back up they clinched it. “We went out to the right hand side, came back on layline and got a nice right hand shift,” recalled Price. “It was nice to find some form on the final day. “

Considering they led the M32 European Series for a period this year, Richard Davies’ Section 16 failed to show off their form, although there was a brief glimmer this morning when they led into the reach mark, but ultimately finished third to the dominant Chicago boats.

“We talked last night about changing our starting procedure which has been a problem,” said Davies. “So we identified a different way to do our countdown trigger pull. It really paid off for us.”

The young Swedes on Karlsson Racing Team, were having their first experience sailing on Lake Garda and that they didn’t finish last in all the races was an achievement for the team whose 17-year-old skipper Anton Karlsson is still at school, albeit with aspirations of one day becoming a professional sailor, like many of his peers here. “It is a wonderful place to sail. It was some of the best competitions I’ve ever had,” said Karlsson.

Summing up the week, M32 International Class Association Vice-President Ian Williams commented: “It has been a fantastic regatta with two days of Ora and two days of Pelèr, 19 full-on races – from front to back of the fleet, everyone has had a great time. The top three are always happy, but here I think the bottom three have had a great time as well, which is the mark of a great regatta. I have little doubt the class will be back here on Lake Garda in the near future!”