Marstrand Belongs to the U.S.

The Anatomy of Winning

Marstrand Belongs to the U.S.

The M32 fleet gathered in Marstrand over the weekend for the 3rd event in the European Series and were joined by teams from the U.S. Reigning World Champions, team Convexity, having had a break since winning the Miami Winter Series showed they still got what it takes and aced the regatta with winning 5 of the 9 races. 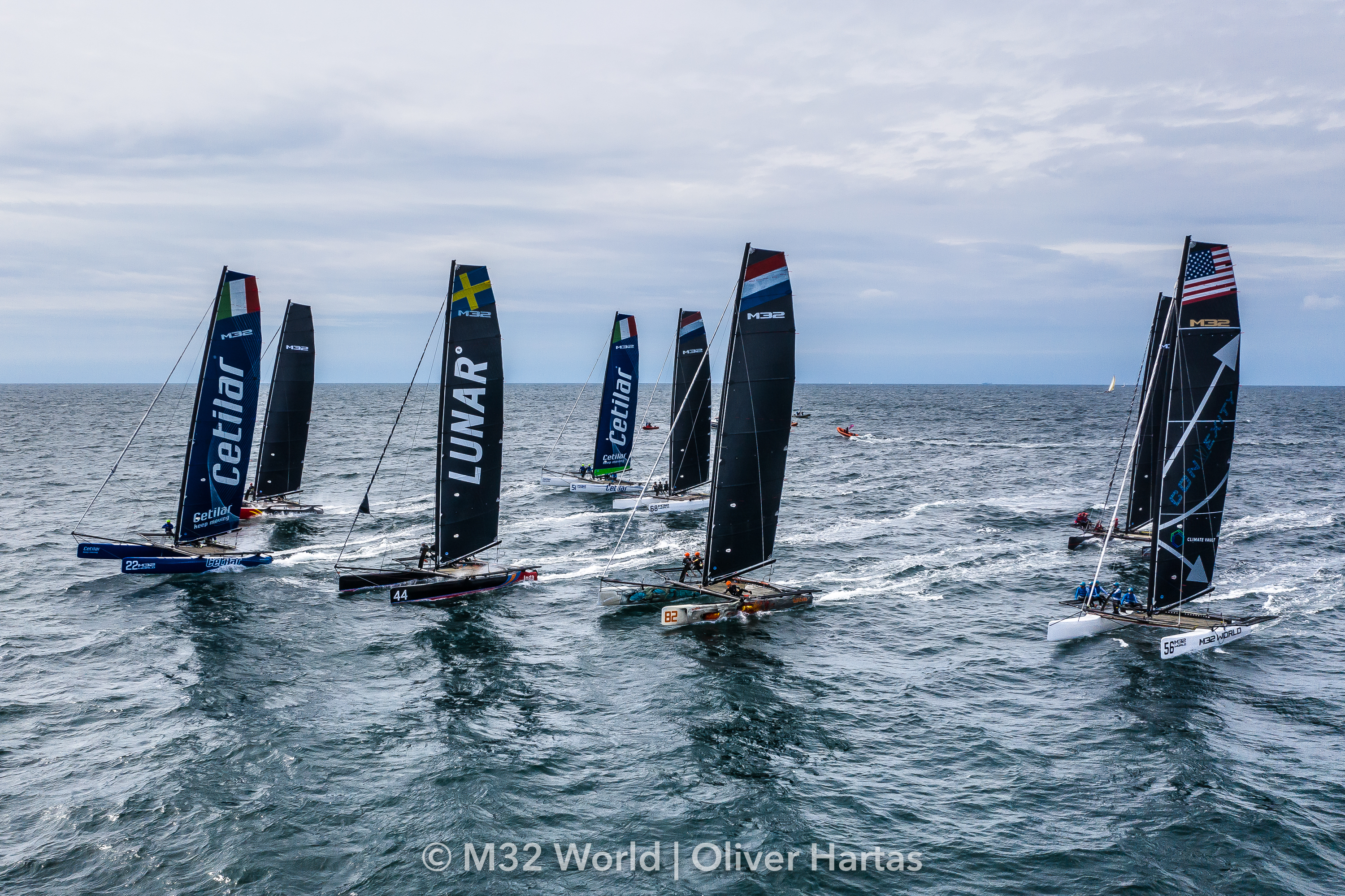 However the numbers don’t tell all of the story and although often being first over the line Convexity with skipper Don Wilson often found themselves behind and had to fight to get through the fleet. Notably Dutch/US team Bliksem with skipper Pieter Taselaar and Vitamina Veloce with Andrea LaCorte were stealing race wins and with a consistent series with all races except one in the top half Inga from Sweden took third.

New team constellation in China One Ningbo with skipper PJ Postma was seen in the lead several times and will be a team to look out for in the future. Same goes for Dutch team Leeloo with skipper Harold Vermeulen who has consistently increased the performance throughout the season.
Full results at m32world.com/results/

Marstrand did not deliver the typical Swedish July weather. The first day brought shifty winds and a pulsating current giving the tacticians quite a challenge with many passing lanes. Saturday the breeze never quite filled in but Sunday showed a westerly slowly increasing to well over 20 knots giving the fleet some proper Marstrand fjord sea-state to handle. As most sailors know far too well, the Marstrand social scene can also deliver sporty conditions on shore outside of the daytime sailing. That it did.

Next stop is the European Championship in Riva del Garda where the fleet will be joined by another three American teams. Lake Garda is one of the favourites for the M32 class and has been frequently visited in the past and will be in the future. The Europeans is also the last event before the major happening of the year, the World Championship in Cascais in October.
Full Schedule at m32world.com/calendar/