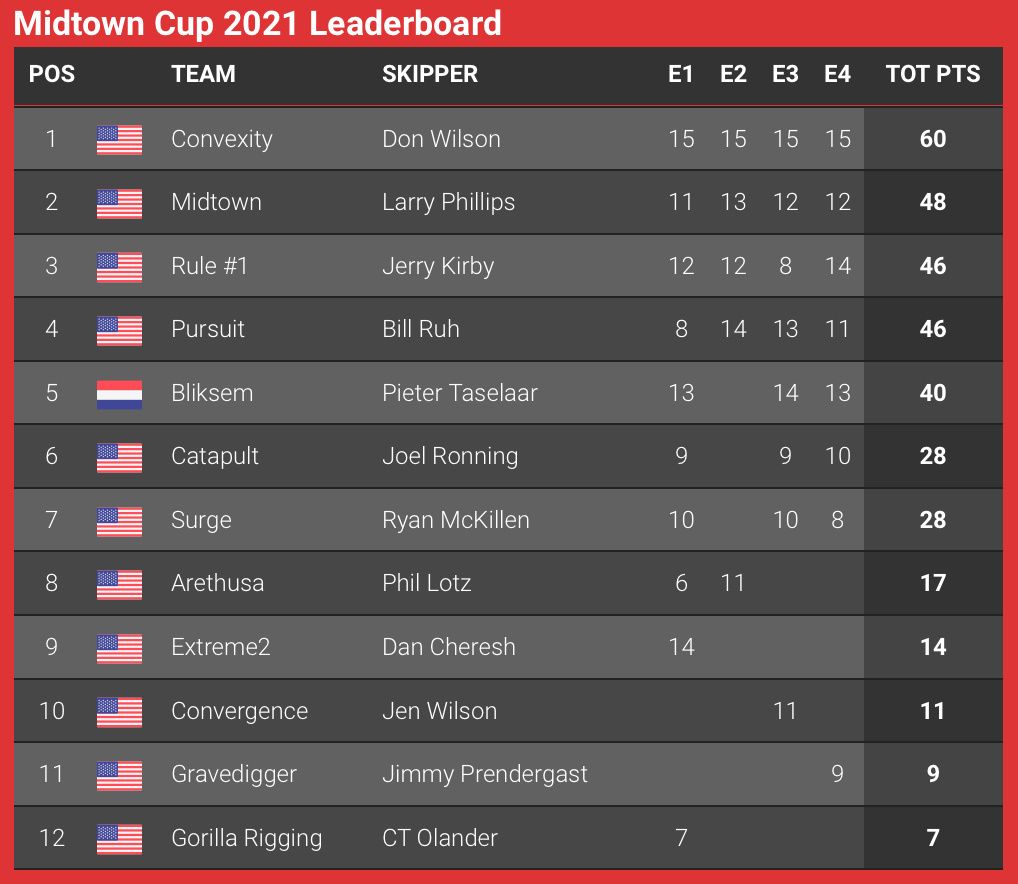 Winning the series and the Championship was team Convexity with skipper Don Wilson and crew Taylor Canfield, Ted Hackney, Josh McCaffery and Kinley Fowler. However as the series went on the Chicago team so more and more competition. The last day of racing was won by Pieter Taselaar’s Bliksem closely followed by Midtown Racing with Skipper Larry Phillips. For the series Jerry Kirby’s Rule#1 and Bill Ruh’s Pursuit had a hart fought battle for the podium ending on the same points with Kirby’s team taking 3rd being scored higher in the last event.

“Competitive sailing in varying conditions made the M32 NA an exciting regatta. Positions 2 through 6 came down to final race. Once again the M32’s proved themselves to be an exciting and relevant class in high speed racing.” Comments Bill Canfield and Carol Ewing of the Race Committee. The base of the entire fleet was the Midtown Sailing Center where all teams can assemble the boats and be moored together. A rather unique location down-town Newport just next to the Midtown Oyster Bar.

Going South for the Worlds
The fleet is now moving south to Miami for the next event in October which is the National Championship and a warm up event for the Worlds in November. The fleet will be joined by several European teams. As travel becomes easier Miami is the perfect spot for the long overdue reunion between the American and European fleets. 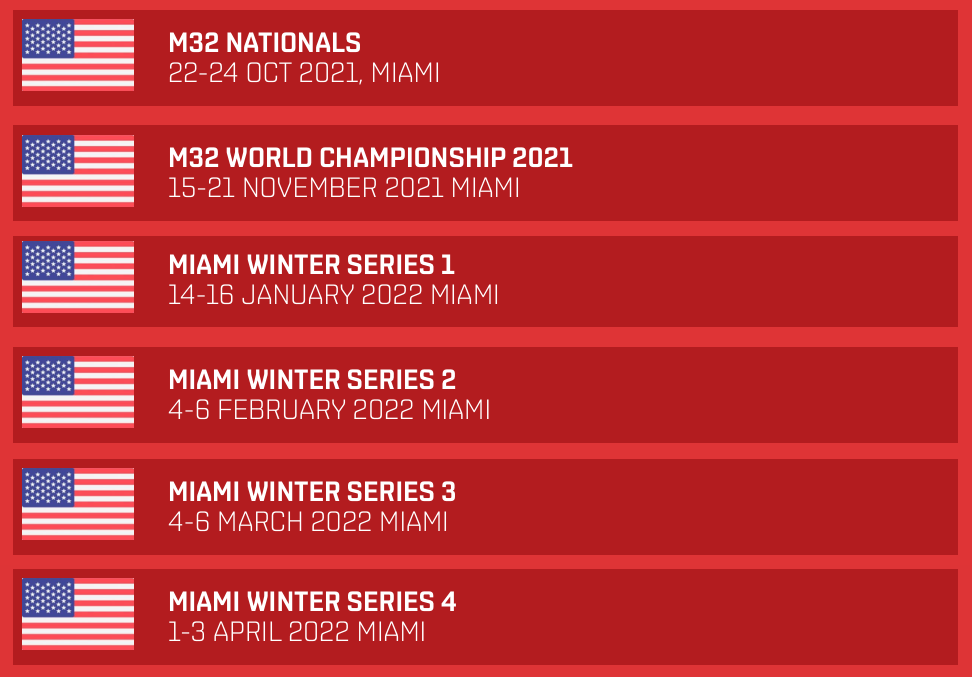 The fleet will stay in Miami for the winter series starting in January and then with one event a month until April. Miami being one of the original test sites for the Goran Marstrom designed boat and the fleet is now on it’s 8th season racing on Biscayne Bay. For the last few years the class have been cooperating with Shake-A-Leg Miami where all the fleet can stay together for the regattas and after sails.

The perfect Introduction –  M32 Demo Boat
The M32 Demo Boat is the perfect way to get introduced to M32 racing in a way that is tailored to your background in racing and other classes. Maybe you have your own racing team and just need a few hints on M32 specifics; or maybe you need help with setting up an M32 experienced crew and start from the beginning with multihull racing.