15 Events to Enjoy for the North American Fleet in 2021!
The season includes a mix of coastal distance and high intensity around-the-buoy racing building up to our anticipated 20 boat fleet at the Miami World Championship in November.

“The M32 is known for fast short course racing but it is a ton of fun to sail in inshore distance races. For the first time the class is organizing a coastal racing series the Coastal Cup. The coastal distance opens up opportunities for friends and family and new sailors to get out and enjoy ripping around on a M32. Says Dave Doucett of M32 North America. 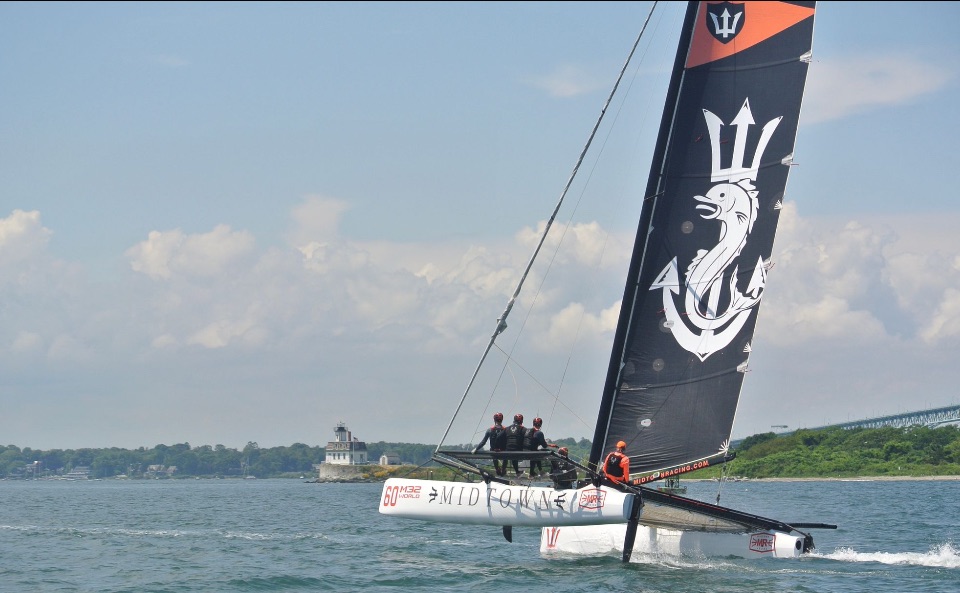 M32 Coastal Racing
The M32 has a reputation for high-speed fleet racing; however, it is the perfect platform for coastal racing.  In 2021 we have five coastal racing events on the calendar, each with unique fun challenges.  For the first time, the class will be awarding the Coastal Cup to the top team competing in the 5 event series.

– June 5-6 Leukemia Cup
The Leukemia Cup is a fundraising event to advance The Leukemia & Lymphoma Society (LLS) mission to cure leukemia M32s will take part in the charity distance race on Saturday and organize a short course racing practice on Sunday.

– June 11 NYYC Around The Island Race
The best opportunity in the world to go head-to-head with maxi 72’s and TP 52’s in this classic around the island race. The goal of the M32 team is how many drinks can they have back at the dock before the first monohull finishes the 30 nm race.

– July 10-11 Surf Club Cup
Imagine the Tour de France but set in Narragansett Bay. The 20-30 nm distance race is tailored to the day’s wind conditions. Like a tour bike race, the course is divided into multiple stages, allowing numerous opportunities to have a strong leg. First, raced last year. This event was a fleet favorite.

– July 23-25 Around Martha’s Vineyard Race
More of an adventure than a sailboat race, this event includes delivery to Martha’s Vineyard, a 60 mile race around the island, and a good taste of Martha’s Vineyard island fun in the middle of summer. For the ultimate distance race experience. Video of last years race

– September 11th Sail for Pride
End of the season fun charitable event hosted by Sail Newport with an epic party at the finish line.

“It’s really the perfect boat.. ..you don’t need a fully professional crew to sail them, we take them out with friends and family, it’s overall just pure excitement on the water.” Says Larry Phillips, skipper of Midtown Racing. 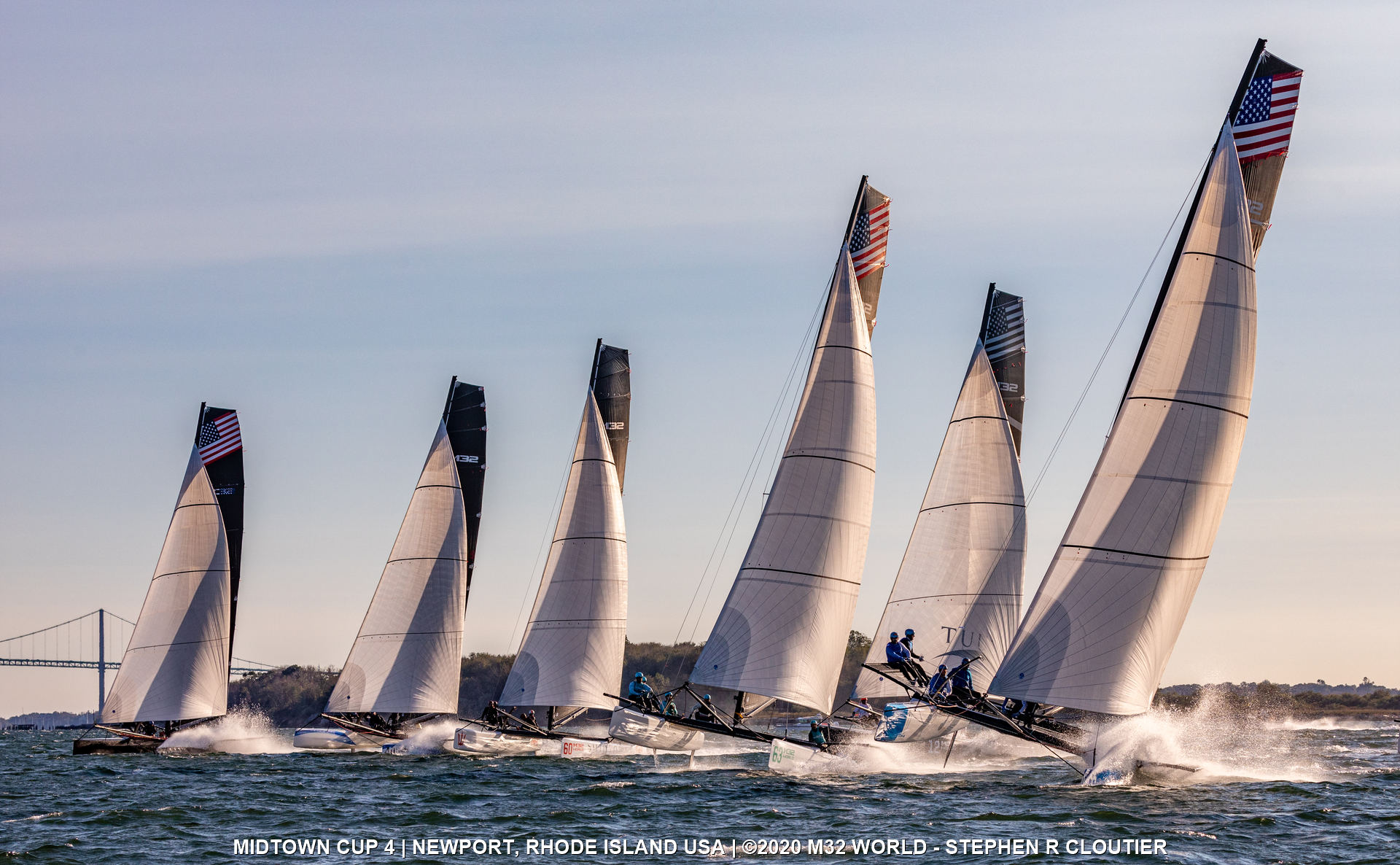 Newport Midtown Cup Series
The class anticipates 10 to 14 boats to take part in the Series.  Now in its 3rd year, the battle for the Midtown Trophy is on. The fleet is based at the Midtown Racing Center which facilitates M32s to be set up for the summer season.

Information package with logistics information, boat storage etc at the Midtown Racing Center can be found at the Notice Board m32world.com/onb/

M32 World Championship 2021 in Miami
The M32s have a good home in Miami after several years of successful winter series. The protected waters in Biscayne Bay, good winter climate, and reliable winds make this a favourite venue among M32 teams. A city with easy logistics, housing, and plenty of opportunity for entertainment adds to the advantages.

The base for the regatta and where the boats will be moored is Shake-A-Leg Miami, a long-time partner of the M32 class. Having had M32 World Championships in Marstrand, Chicago and Riva del Garda, the standard is set high when it comes to classic sailing venues. Miami will live up to the expectations!

Covid Safe Winter Series
The 2021 M32 Miami Winter Series began in February in Biscayne Bay and ran 31 races throughout four weekends in February and March. Eight teams competed in at least one weekend and, going into the 4th and final weekend, Don Wilson and his team Convexity held a commanding lead in the overall series scoring.

This year’s series did look a little different than it has in the past. The fleet was noticeably smaller and the usual on-shore carousing was missed. However, all teams were appreciative of the opportunity we have as sailors to be able to compete in an outdoor sport.

“Everyone is pretty sensitive to the issues around safety and we are running a pretty tight protocol.. .. it feels safe, we are happy to be sailing.” Says class President Ryan McKillen, skipper of the Surge team.

The perfect introduction –  M32 Demo Boat
The M32 Demo Boat is the perfect way to get introduced to M32 racing in a way that is tailored to your background in racing and other classes. Maybe you have your own racing team and just need a few hints on M32 specifics, or maybe you need help with setting up an M32 experienced crew and start from the beginning with multihull racing.

This is the way most of our class members got introduced to the boat. The most common answer to the question ”Why did you start racing the M32?” has always been, “I tried it, and then I was hooked.” The demo boat will be available on most regattas to give you a chance to join the fun.
m32world.com/demoboat/
m32world.com/sales/