Picture Perfect Racing
Great racing in picture perfect conditions and and extremely tight score card. That’s today’s wrap up from the M32 World Championship in Cascais until Sunday, the 9th. A breeze building up to 16 knots, clear blue skies and some of the Atlantic sea swell Cascais is known for made for another paradise day of sailing. 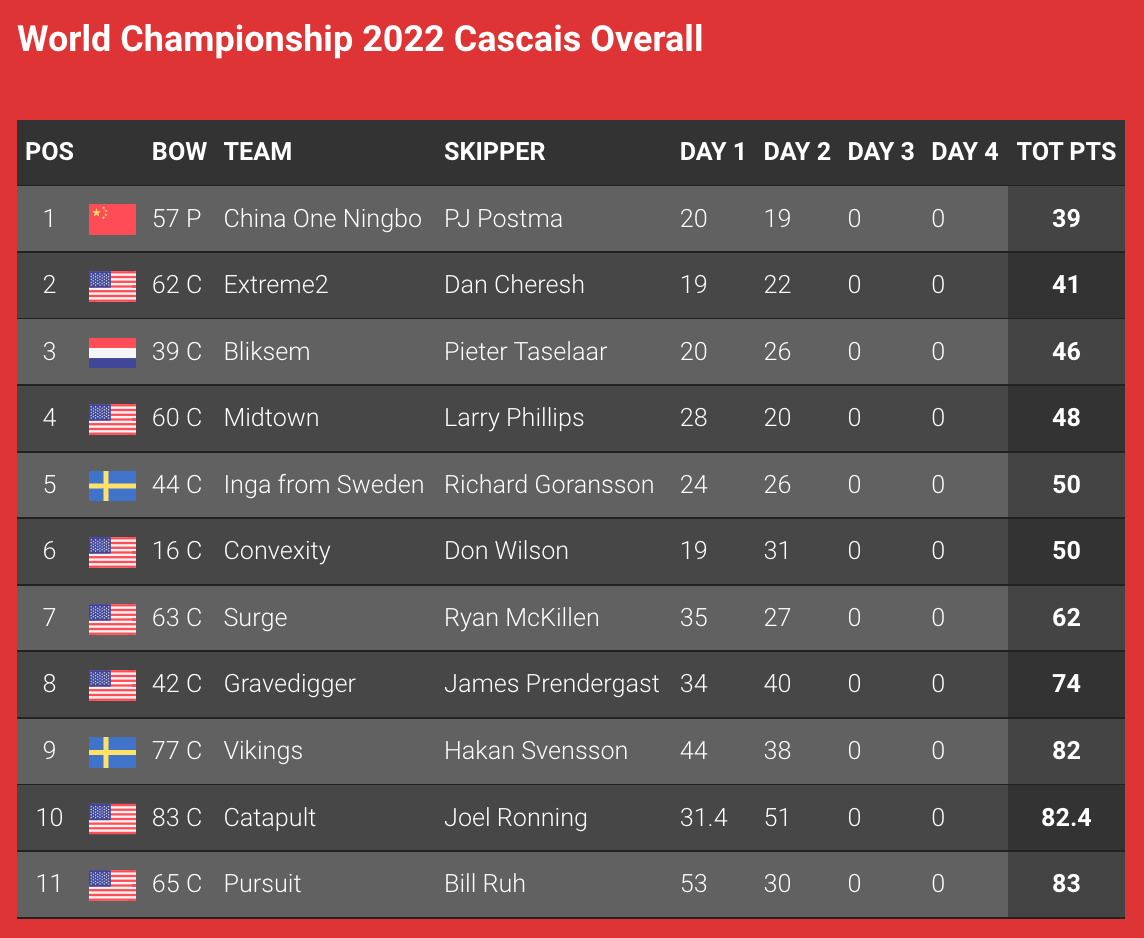 With five more races today, now a total of 10, there were a lot of changes on the still very close leaderboard. China One Ningbo now climbing up to the top, leading with 1 point, after being the best team on the water today, winning two of today’s five races. The Chinese boat skippered by PJ Postma is chasing his third title after already making history by becoming the first person to win both the Finn Gold Cup and the Finn World Masters in the same season. Second on the leaderboard is Extreme2 with skipper Dan Cheresh.

The highest climb of today was team Midtown with skipper Larry Phillips being second of the day and now sits in fourth overall. Larry Phillips, skipper from the American team Midtown, only had words of praise for the great sailing days Cascais has been treating them with “out there today there were epic conditions for these boats, with the last race being full on, with giant swells, lots of waves, and really exciting racing”.

The overall result list is unbelievably close and with no throughout it’s game on for the last two days.. Racing continues tomorrow Saturday with 5 more races on the program.
Full results at m32world.com/results/