The Ora is filling in around one o’clock, steady 18-22 knots, a bit stronger along the mountainside. Warm temperatures, blue skies, and five intensive races. They all agree, sailors, coaches, umpires, and organizers. This is why we come to Lake Garda. The first venue of five for the M32 European season 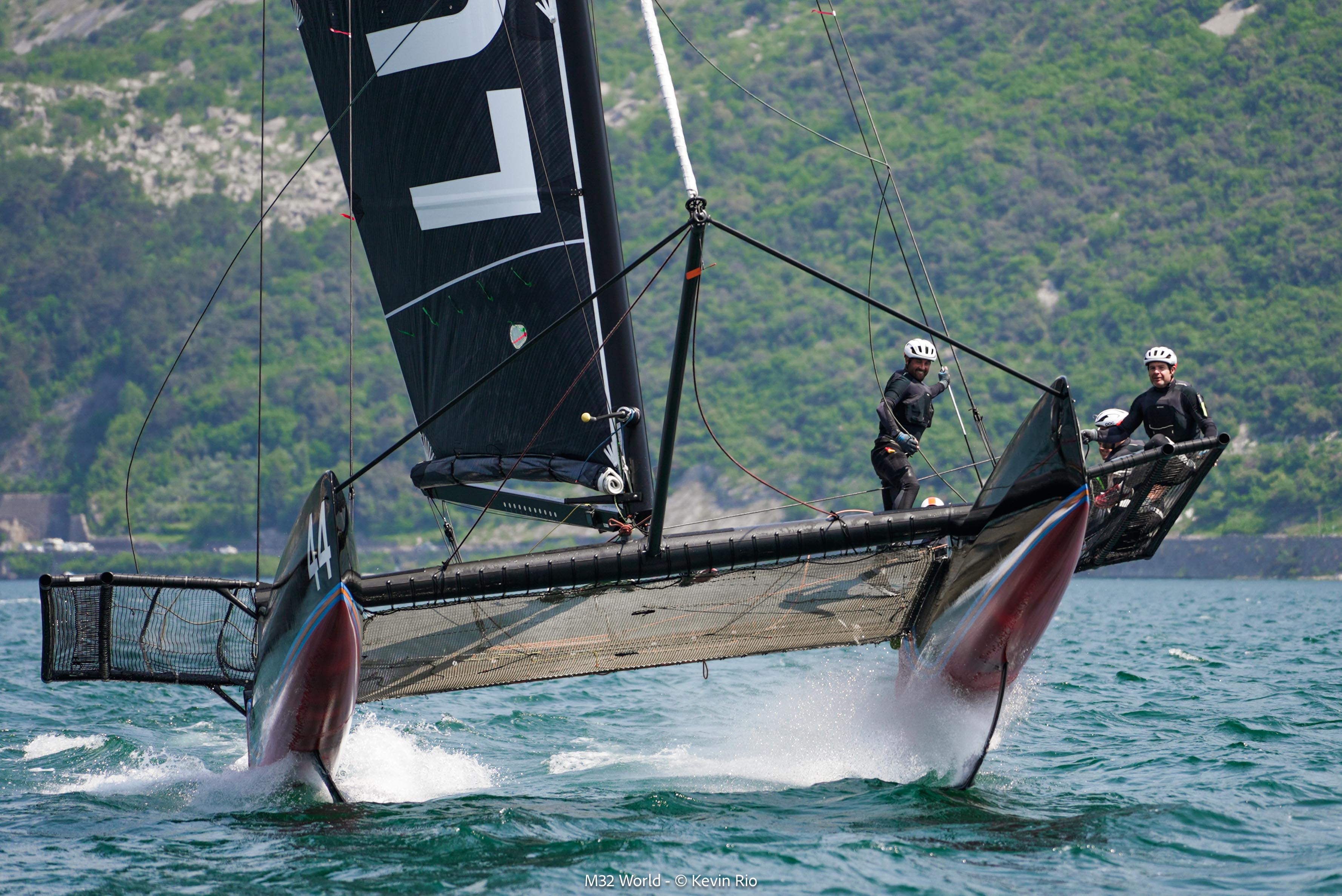 Inga from Sweden with Richard Goransson had a flawless first day winning all five races. However, later in the regatta, it got more challenging as both Vitamina Veloce and Leeloo were stealing race wins; in fact, Vitamina took the ‘daily first’ on the last day.. “The other teams made it a bit difficult for us” says Otto Hamel of team Inga. “A lot of tight situations, and they really gave us a good match” In the end, no one got close and Inga from Sweden, last year’s Worlds bronze medallist, walked away the win and will be the team to beat for the next one. “Good team work, Inga has always been pretty solid in the pressure,” says Oliver Tizzard of Inga from Sweden.
Full Results: m32world.com/results/ 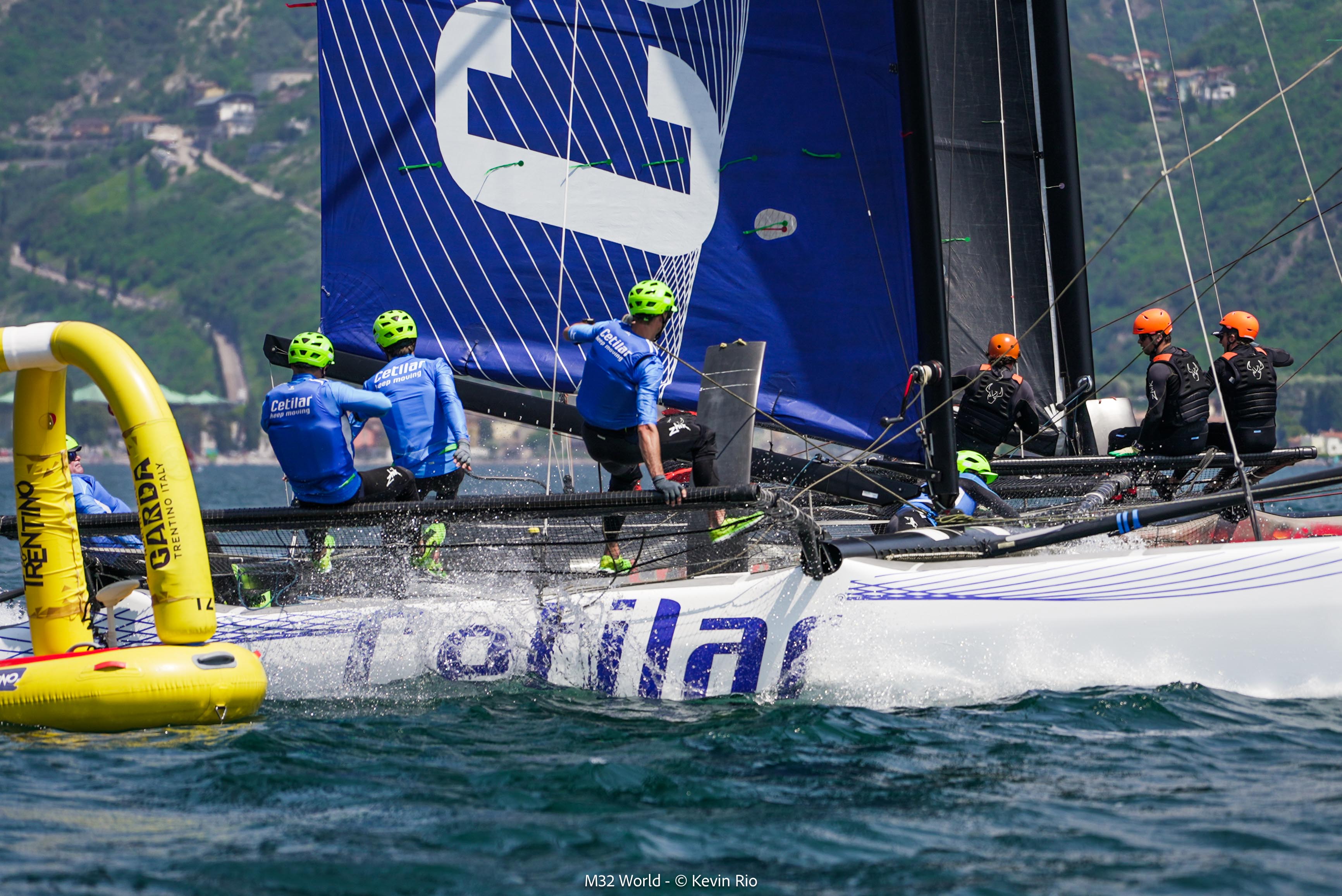 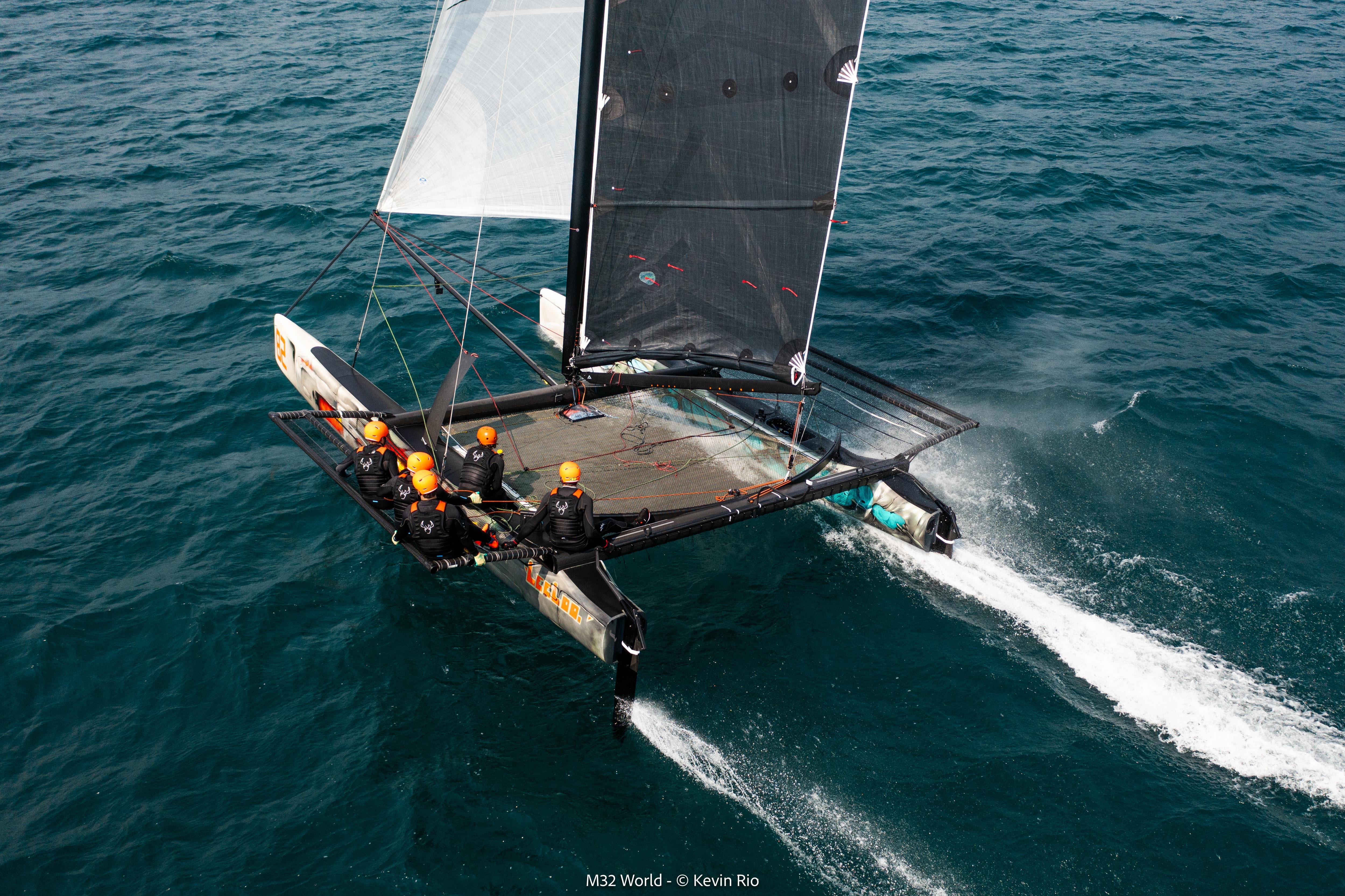 Team Leeloo from Holland made it to the podium after a regatta where the result does not quite display how many times there were leading the fleet. Skipper Harold Vermeulen comments, “We are an amateur team mostly and we are getting in the mix! I think it’s possible for a lot of sailors, certainly owner-drivers.. .. can come up and practice and be in the mix, and it’s very exciting sailing” 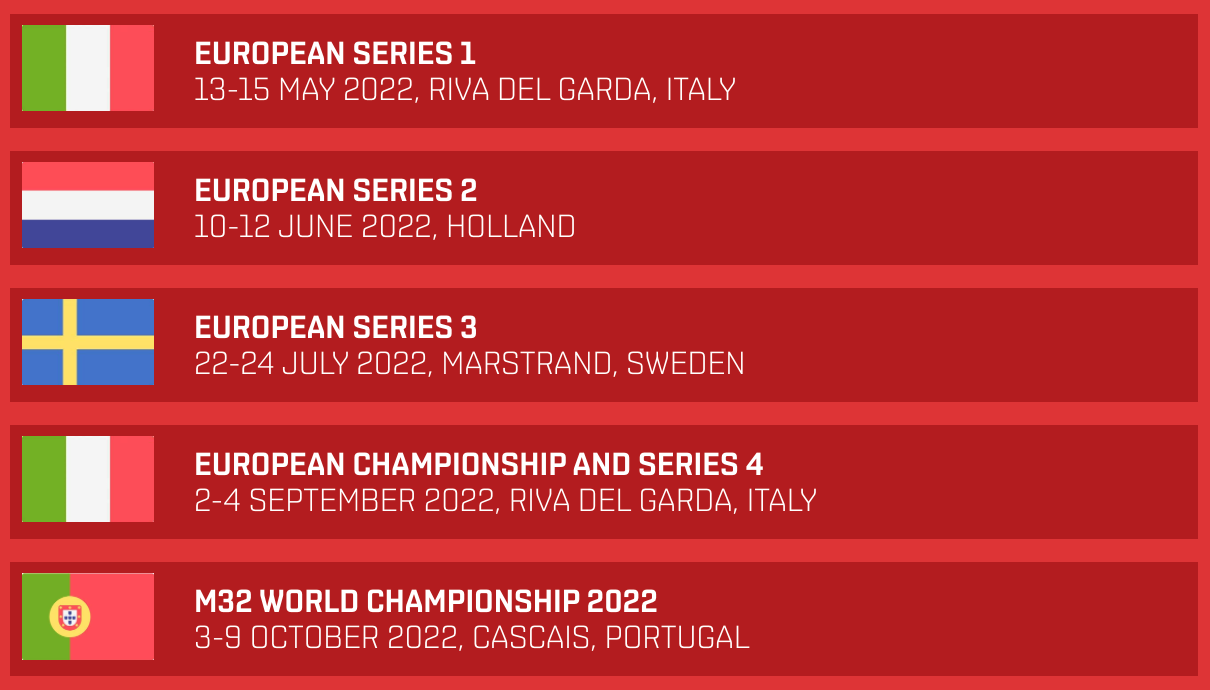 The season continues with the fleet heading north for classic sailing venues Medemblik in June and Marstrand in July. In September, the class is returning to Garda for the European Championship as a final preparation for the season’s highlight, the World Championship in Cascais in October. This summer, several American teams will join the European series to get a feel for the fleet before the Worlds. “It was terrific to reunite with the M32 family. We have a busy season ahead, culminating with the Worlds in Portugal. We are looking forward to additional teams from Europe, and the United States joining the European series in 2022” Says Mattias Dahlstrom, Class Manager.
Full Calendar: m32world.com/calendar/

New Team Pathway
The Class and the builder are working together to make it easy for teams to join the fun. The Document “New Team Pathway” describes a quick and simple route to get comfortable in the boat and get up to speed on the racecourse tailored to your sailing background. Maybe you have your own racing team and just need a few hints on M32 specifics, or maybe you need help with setting up an M32 experienced crew and start from the beginning with multihull racing. This is the way most of our class members got introduced to the boat. The most common answer to the question ”Why did you start racing the M32?” has always been, “I tried it, and then I was hooked.”
New Team Pathway Document