When racing gets underway on Friday five teams are set to battle it out at the M32 European Series warm-up event hosted by Yacht Club Sanremo in San Remo, Italy.

The form boat is expected to be Ian Williams and his GAC Pindar team. The British six time Match Racing World Champion is at the top of his game in the M32 at present. While GAC Pindar is the present M32 Europe Series defending champion, having scored a clean sweep in all the five events they sailed on the European circuit in 2018, Williams also won the M32 Corinthian World Championship in Chicago last September calling tactics for Rick Devos on REV.

For 2019 the GAC Pindar crew will be marginally different with hot new recruit Will Alloway coming on board, having skippered the INEOS Rebels on the Extreme Sailing Series and been part of the British America’s Cup team’s victorious Red Bull Youth America’s Cup crew in Bermuda in 2017. He joins long term GAC Pindar crew Richard Sydenham and Peter Nicholas.

For Williams, sailing in Sanremo will be a first and he is looking forward to getting back in the saddle aboard his own boat in Europe this season. “We have had a friendly reception from the Yacht Club in San Remo. I think it is going to be a great three days of racing. I look forward to lining up against the new teams.”

Another high profile campaign competing in Sanremo is Richard Göransson’s Inga Racing Team. The Swedish team, regularly participates in the 6 metre, Melges 40 monohull classes, and will be trying their hand at catamaran racing for the first time this week. 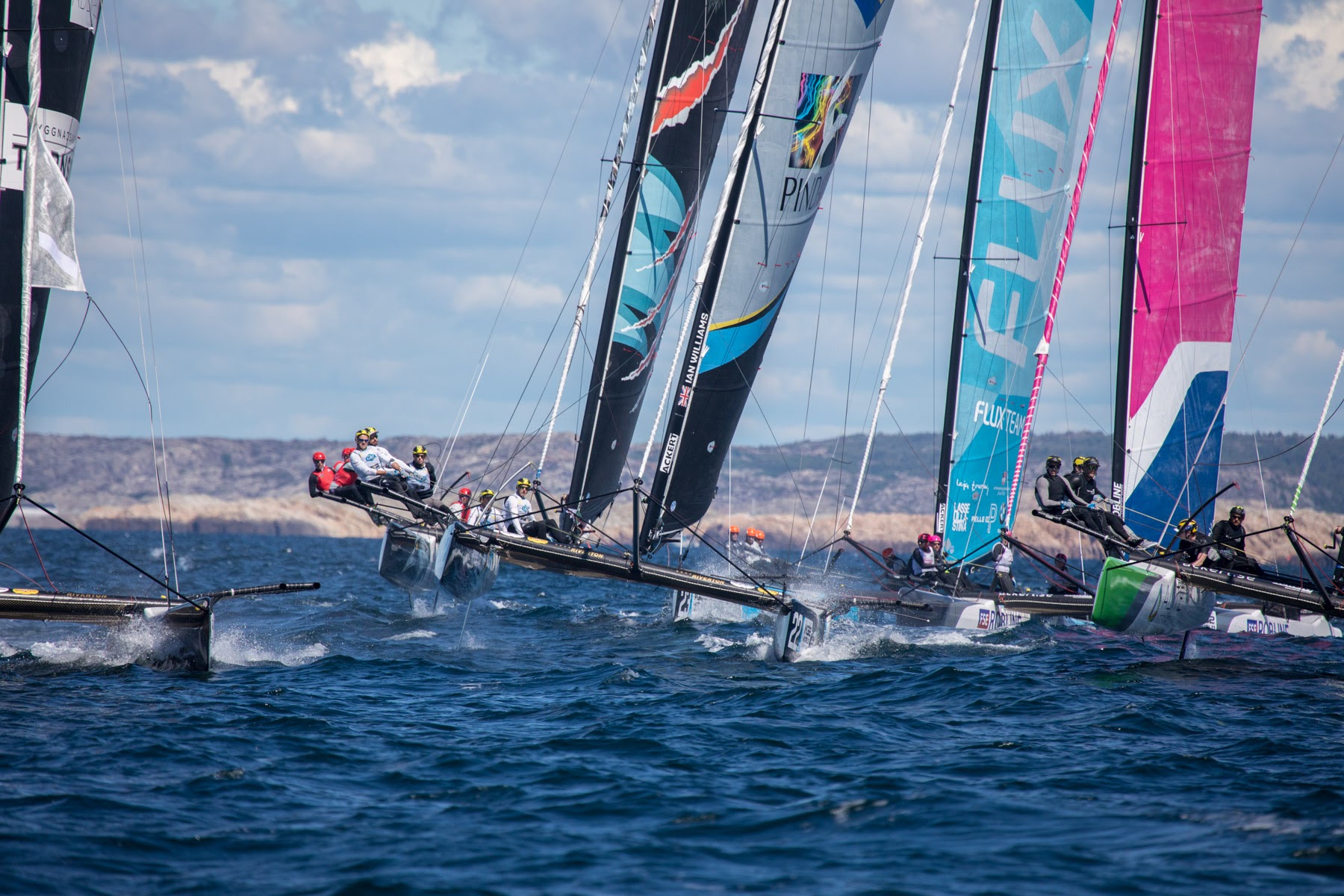 Also from Sweden is Håkan Svensson, CEO and owner of Aston Harald, manufacturer of the M32 catamaran. He will be skippering his Cape Crow Vikings teams with a crew including young Swede Nicklas Dackhammar and some of his match racing team. A rising star in professional sailing, Dackhammar and his ESSIQ Racing Team are current leaders of the World Match Racing Tour having ended 2018 on high with their first circuit win at the Regata de Portugal Trophy in Lisbon in October.

Skippering the ‘development boat’ that Aston Harald has generously provided for the M32 European Series this year will be Daniel Bjørnholt. Despite only being 24 years old, Bjørnholt has much experience on two hulls even since he was twice runner-up in the catamaran class at the Youth Sailing World Championship. Since then he has been the 2016 Hobie 16 World Champion and subsequently made two valiant campaigns for both the 2013 and 2017 Red Bull Youth America’s Cups with his Team Youth Vikings Denmark. Recently Bjørnholt been trying to get as much time as possible on board the high performance M32s, starting in Miami in 2017 and culminating last year in the World Match Racing Tour event in Risør, Norway.

Among the Danish youth crew are Bjørnholt’s twin brother Nicolaj (who he’s sailed with regularly since the Youth Worlds) and others with Nacra 17 experience.

Racing in Sanremo will take place over Friday 22nd to Sunday 24th March with a first warning signal on Friday at 1400. The forecast, according M32 Class Manager and Principal Race Officer Mattias Dahlström, is looking ideal: “It is beautiful spring weather with blue sky and sunshine. The wind is 5-10 knots, so light but sailable – good for the first event of the season.”