With the pace of events accelerating going into the M32 World Championship at the end of this month, so racing resumed this weekend for the penultimate event of the 2019 M32 European Series and its second in Sweden.

From the outset the M32 European Series Stenungsund was designed to take in the Tjörn Runt. Organised by the Stenungsunds Segelsällskap, this annual 27 mile lap of Tjörn is one of Sweden’s most popular regattas, the equivalent of Britain’s Round the Island Race. The island of Tjörn lies immediately north of Marstrand. Significantly its race record is held by an M32 catamaran.

Preceding Saturday’s Tjörn Runt were two days of inshore racing for the M32s. The first of these was held in tricky, shifty conditions with winds ranging from five to 15 knots and with 20-30° shifts beneath the clouds. This was followed on Friday with more breeze – typically 12 knots gusting to 18-20, requiring the nimble M32s to sail reefed, but the wind more steady in direction.

In the six races on day one, Ian Williams’ GAC Pindar came close to a perfect scoreline, finishing second in the sixth and final race of the day to LSGY Racing Team from the Sailing College of Lerum, one of two sport colleges in Sweden to specialise in sailing. Helming the LSGY Racing Team boat was 17-year-old Stenungsund resident, Oscar Anderssen, who despite his young age had already previously sailed the Tjörn Runt on board an M32. Something of a local hero, Anderssen also won the shorter dinghy version of the race four times on board an RS Feva. Of his crew only one was over 20-years-old.

“We’ve enjoyed it very much,” said Anderssen (above, centre), who usually races a 29er or a Waszp foiling dinghy, but who has aspirations of one day becoming a professional sailor. “We did 1 hour and 30 minutes of training before Thursday, so it was amazing we could even race! We were very happy just to be on the water and it turned out very well. We had a lot of lessons to learn and we did learn a lot. It was great fun and I’m really pleased we were able to do it.” 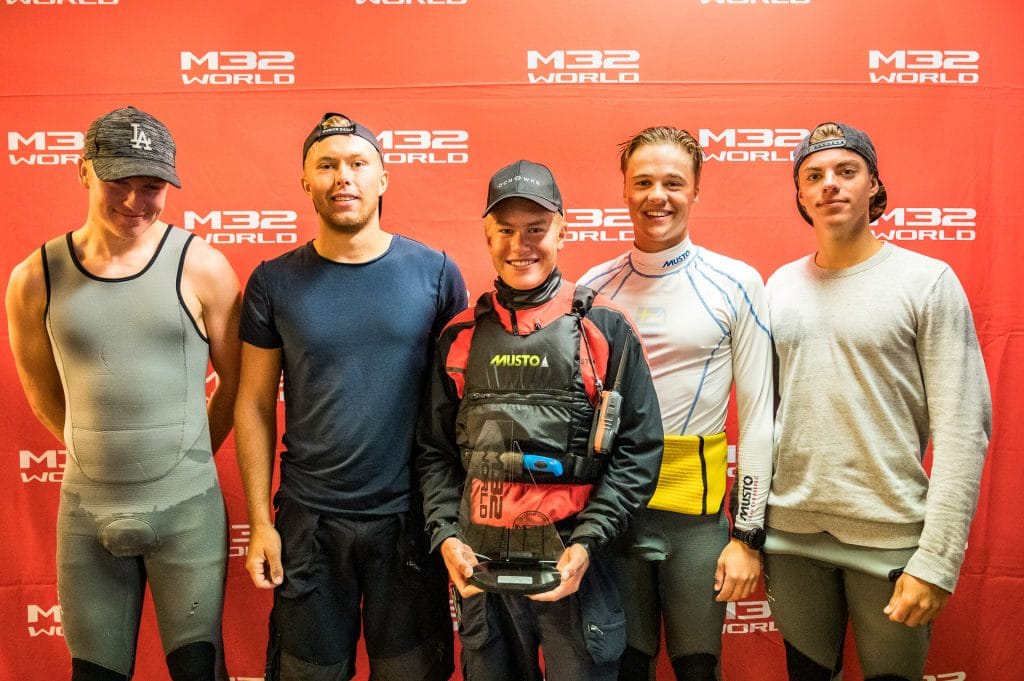 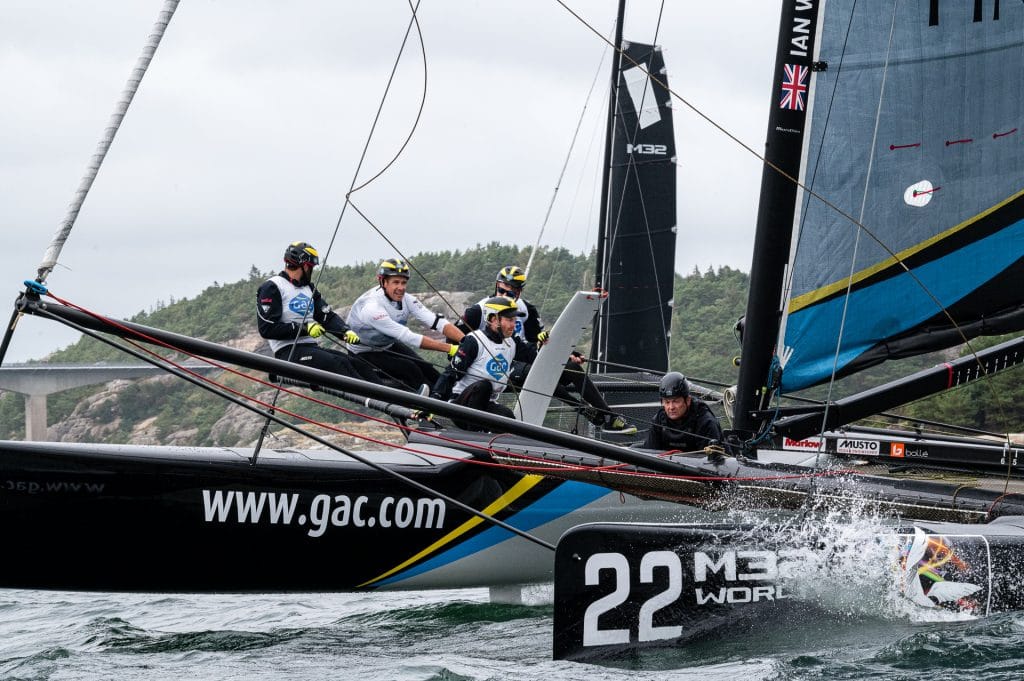 The following day, the bigger breeze allowed seven races to be held and GAC Pindar won all but the last two, one to the Dave Hazard-steered Knots Racing, competing on the ‘youth boat’ generously provided to the M32 European Series by the M32’s builder Aston Harald this season. The Anton Karlsson-steered Karlsson Racing Team, on board an M32 lent to the team by leading Swedish match racer Johnie Berntsson, claimed Friday’s final race.

Sadly come Saturday it was quickly evident that the big breeze forecast would be too much for the M32s to compete in the Tjörn Runt and an early call was made by PRO Mattias Dahlstrom. “At the southern end of the course near Marstrand it is 25-26 knots gusting 30. With the World Championship coming up no one wants to risk serious damage, so we’ve taken the decision not to race,” he explained.

In Stenungsund Dahlstrom was impressed by the youth teams, especially LSGY Racing Team: “Their learning curve was incredible. You could see them doing better manoeuvres race to race. It is great to see that there is a lot of youth talent which bodes well for new owners looking for someone to hire.”

Ian Williams, sailing as usual four-up with Pete Nicholas, Richard Sydenham and Will Alloway, was pleased with GAC Pindar’s performance, especially as it has now elevated his team to the top of the leaderboard, going into the final event of the 2019 M32 European Series – the Pre-Worlds, taking place out of Riva del Garda, Italy this coming weekend (24-25 August). This event feeds directly into the M32’s leading event of the year, the World Championship over 26-30th August, when the European fleet will be joined by others from the USA.

As to Stenungsund and the Tjörn Runt, the British match racing legend hopes the M32 European Series returns. “It is a flat water venue and our boats do well in flat water,” said Williams. “It is quite shifty with the wind coming around the islands and the islands can create some natural boundaries, which makes it more interesting. We’d definitely be interested in coming back.”