Convexity ahead at half way stage

With clouds over some mountains but not others and a stillness in the air early on, there was much uncertainty over what the wind would do on day two of the M32 World Championship, hosted by Fraglia Vela Riva on Lake Garda. In fact the call to wait for the local afternoon southerly proved correct and the 12-strong international fleet was able to sail the full five race schedule.

After day two a new team has taken the lead overall, although not unexpectedly, Don Wilson’s Convexity having been pre-start favourite with most time in the class, with a strong win rate this season and part of a two boat team with his sister Jennifer’s Convergence.

However it was day one winner, Bliksem of New York-based Dutchman Pieter Taselaar, that came out firing, reeled off wins in today’s first two races. By lunchtime today the wind was gusting into the mid-teens and the call was made to reef the Swedish-built one design catamarans. In the first race which got underway at 1400, Bliksem did a short timed run into the line found a gap and led into the reaching mark and from there on. In the second race when the wind had dropped slightly and reefs were removed, Bliksem was also thereabouts in the start.

“We are pretty confident with our heavier wind starting and we struggle when it gets lighter,” explained Bliksem’s tactician, Australian match racer Keith Swinton. “We are still sailing quite well, but there are limited options when you are out the back. In fact it wasn’t that bad – we just missed some little things but they were enough that we were seventh or eighth at the reach mark and not third.”

In fact these races were hardly clear cut wins which Bliksem finished either with boats overlapped or on their transom. Sadly the remaining three races saw mid-fleet finishes for Pieter Taselaar’s team, so they were today’s third top scorer and have dropped to second overall.

The class act of the day was once again the consistent two boat team of Convexity and Convergence, skippered respectively by Chicago-based siblings Don and Jennifer Wilson.

“We definitely had a better day today,” admitted Don. “We are getting a little more used to the venue and getting little things together.” Convexity won the start and was first to the reaching mark ahead of Ian Williams’ GAC Extreme2, helmed this week by Dan Cheresh. From there the Chicago boat led to the finish. In the final race Convergence won the start but Convexity won by taking a different path up the second beat. 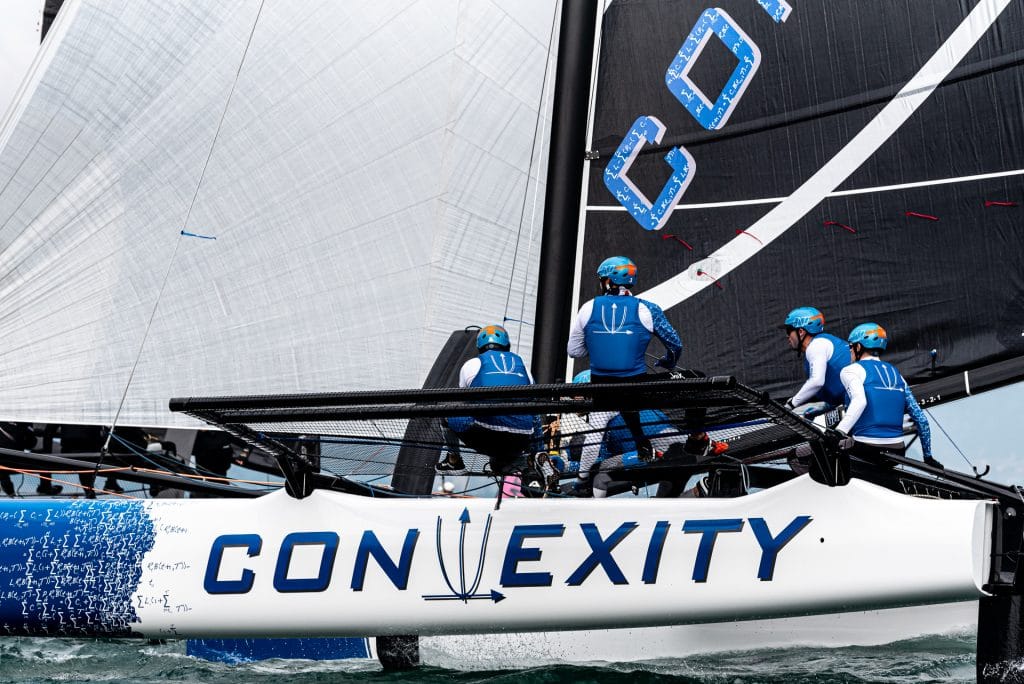 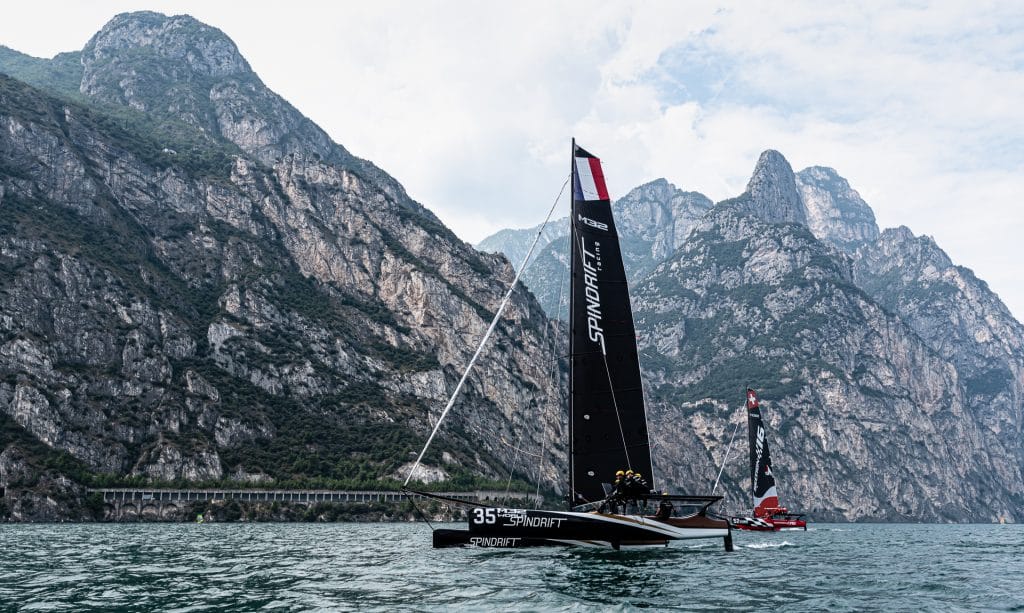 “It is still very tricky,” explained Don Wilson of the venue. “In the first race we won the start and we led at the reach mark and we did a gybe set, which was no good because we sailed into a big hole. You had to pick the right time to get to the right.”

While the lead trio of US teams have dominated the first half of this championship, others came to the fore today. Consistency left GAC Extreme2 fourth top scorer today, while Sydney’s Harry Price and his young Aussie-Kiwi crew on Down Under Racing came very close to winning the second race. “It was up and down, but we had a much better day than yesterday,” said Price. “We got off the start line nicely and got into a few different racing scenarios and we managed to lead around the course and just got pipped. We are happy we managed to be at the front of the fleet for one of the races.”

Down Under Racing was a late entry at this World Championship as Price is attempting to get M32 racing going in Sydney.  “Our boat speed is there. We are just struggling to get around the course the way we want to. Hopefully tomorrow we can rectify it.”

Yann Guichard’s Spindrift racing, on which Xavier Revill is helming, showed similar moments to those that won her June’s M32 European Series Medemblik. Anticipating Garda being a windier venue, they, like GAC Extreme2, chose to sail with five crew for this event rather than four. “Yesterday downwind was okay but we were very slow upwind,” admitted Revill. “Today we found some new solutions and it was getting better and better.” But again the French team failed to find consistency, mixing a promising third and two fourths with two deeper results.

Elsewhere, Richard Davies’ Section 16 from Switzerland was third in today’s fourth race while Richard Göransson’s Inga from Sweden had come home third in the previous race.  “I enjoyed it. It was brilliant, but the sport was the winner! It is very puffy,” stated Göransson. “Today it was very hard to call laylines because everything would change, but it is the same for everyone and we just have ourselves to blame…”

With the forecast turning unstable again tomorrow, the race organisation has chosen to sail in the northerly Pelèr win in the morning, with a first warning signal at….08.30.