The Summer Season Starts in Newport
This summer the M32 fleet is coming together in Newport for a packed schedule throughout the summer. The Midtown Cup consists of four events about a month apart starting this weekend. The last event in September also counts as the M32 Class North American Championship. In addition mane teams will race for the M32 coastal Cup, a series of distance races introduced which will include already established and popular distance races in the area such as Around Martha’s Vineyard Race, Sail for Pride and the newly introduced Surf Club Cup.
Full schedule att m32world.com/calendar/

Midtown Sailing Center
The Midtown Sailing Center will host the M32 class this summer and has an absolutely unique location being able to have all boats at the same dock and provide the space for assembly and storage. All in downtown Newport, crawling distance from the Midtown Oyster Bar. “This summer in Newport is going to be great” says Larry Phillips, skipper of Midtown Racing and continues “We are building essentially a race center”.. ..”We are going to have a lot events and a lot of fun sailing” 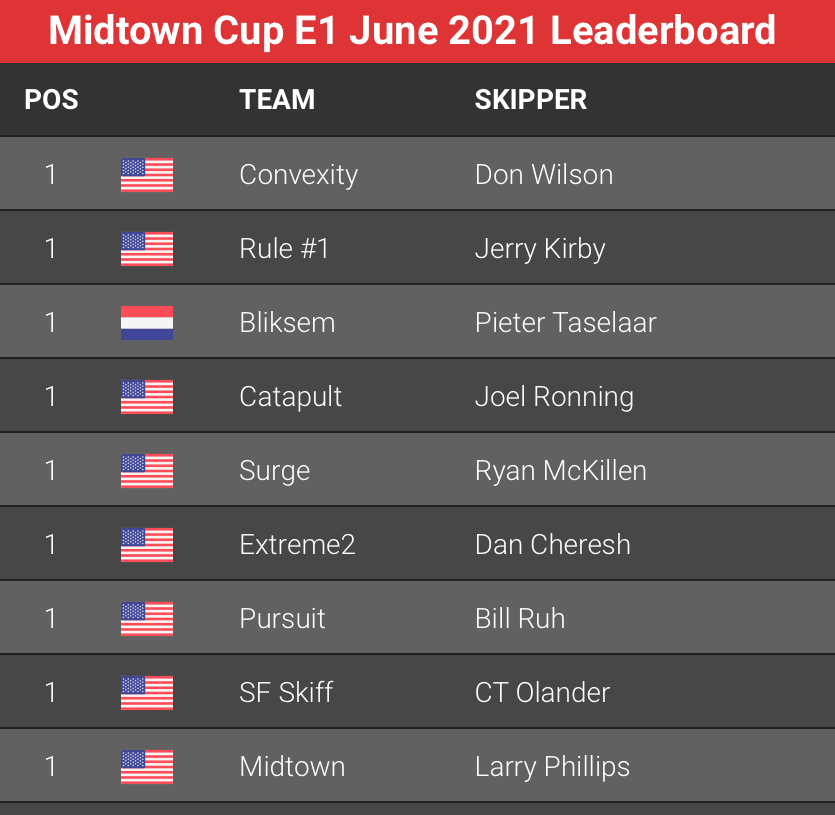 Fleet is growing
Joining the M32 fleet is Pursuit racing with Skipper Bill Ruh who tried the M32 in Miami this winter and will sail the Newport events this summer. “Been going there for 40 years racing sailboats and to be back there sailing M32:s instead of something a little slower, I’m really looking forward to the speed and action” The team to beat in Newport is reigning World Champion team Convexity with skipper Don Wilson and tactician Taylor Canfield. Last years Champion of the Midtown Cup, team Argo with Jason Carroll will also be seen defending the title this summer. Competition is hard and all teams have proven that they have the capacity to win races.

A year full of racing
After the North Americans in September the fleet heads south for Miami and a warm up event in October before the highlight of the season, the World Championship. The Worlds in Miami was postponed from last year due to travel restrictions and this year the class looks forward to bringing together the European and American fleet for the Worlds in November and the Miami winter season.
WC info at m32world.com/m32-world-championship/

The perfect introduction –  M32 Demo Boat
The M32 Demo Boat is the perfect way to get introduced to M32 racing in a way that is tailored to your background in racing and other classes. Maybe you have your own racing team and just need a few hints on M32 specifics; or maybe you need help with setting up an M32 experienced crew and start from the beginning with multihull racing.

Listen to M32 skippers Dan Cheresh, Larry Phillips and Bill Ruh on going to Newport for the summer season.